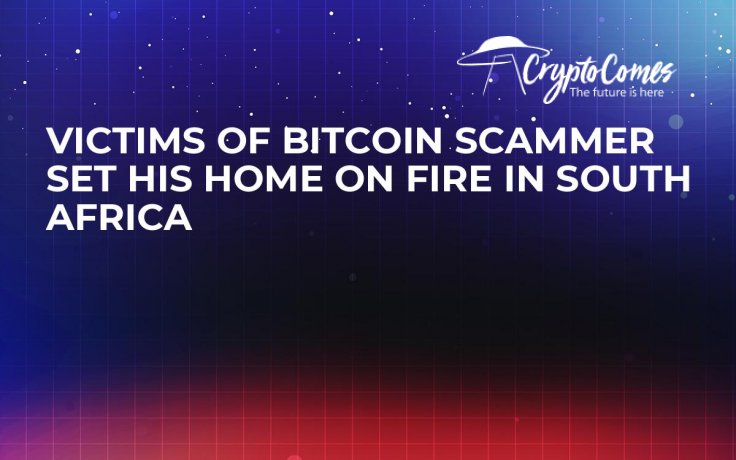 The events that took place in Ladysmith on June 10 will serve as a cautionary tale for cryptocurrency scammers.

A local media outlet reports that hundreds of protesters who were involved in an infamous Bitcoin Ponzi scheme set his house on fire.

A canary in the coalmine

Bitcoin Wallet, like any other cryptocurrency investment scheme that might pop up on your Facebook feed, promised its investors guaranteed 100 percent returns in merely two weeks.

That probably sounds like a textbook definition of a pyramid scheme, but it didn’t shoo away greedy and gullible investors.

Last week, however, Bitcoin Wallet’s clients grew anxious after the company abruptly closed its shop. Sphelele "Sgumza" Mbatha, the mastermind behind the scheme who now claims that he’s only a “manager,” took the platform online.

This initiative ended up being a massive failure. According to Mbatha, the online platform turned out to be “unsafe,” and hackers successfully managed to steal all funds.

The news about a security breach turned out to be a very sobering experience for crypto-loving Ladysmith residents.

Mbatha, who’s known for his lavish life, is nowhere to be found (the same is true for the funds that have been funneled into his scheme).

An angry mob of disgruntled investors decided to take the matter in their own hands by setting ablaze his house with expensive furniture along with a chic BMW.