Tron Partakes in BitTorrent Speed Set Off, Fueled by BTT, to Accelerate File-Sharing

Facebook Twitter Telegram Copy URL
👾🚀On Monday, BitTorrent together with Tron released BitTorrent Speed software that is expected to accelerate the speed of file-sharing🖥👈 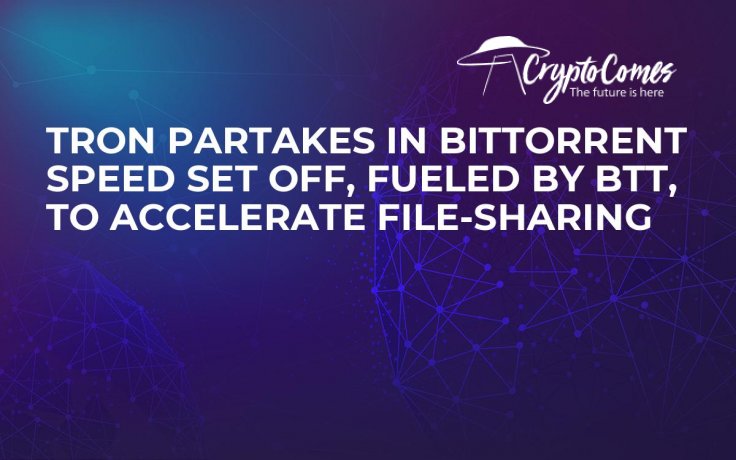 On July 8, Justin Sun wrote on his Twitter page that BitTorrent, which was bought a year ago, had just released its BitTorrent Speed software that would make file-sharing and downloading much faster than before, with BTT coins to be used as fuel in this new software system.

Just a year ago, #BitTorrentSpeed was only an idea. Today, users will be able to actually touch and play around with the first version of the product! You can download the product 30 mins prior to the livestream at https://t.co/3bMvMfcLlv $BTT #BTT $TRX #TRX

BitTorrent Speed to be built in the µTorrent Microsoft client

As 2019 rolled out, BitTorrent created a BTT token on Tron, which is currently ranked 26 on CoinMarketCap. The two companies made public their intentions to get the BitTorrent system to operate faster and enable users to do file-sharing much faster than before.

As reported by Yahoo Finance, the new software will be added to all Windows clients of µTorrent.

How BTT will be used

The website set up for BitTorrent Speed has it that BTT will be fueling the new software, enabling users to earn it. The longer you seed files, the more BTT you earn.

BitTorrent has even released a built-in wallet to make holding and using the earned BTT more convenient.

So far, the software will be integrated with Windows only, but later on BitTorrent and Tron plan to go further and link it to other operating systems as well.

At press-time, Tron’s TRX is sitting in position #10 on CoinMarketCap and is trading at $0.034, showing a decline of 2.88 percent.