Spark Tokens to Be Used to Compensate Losses of Cred Users 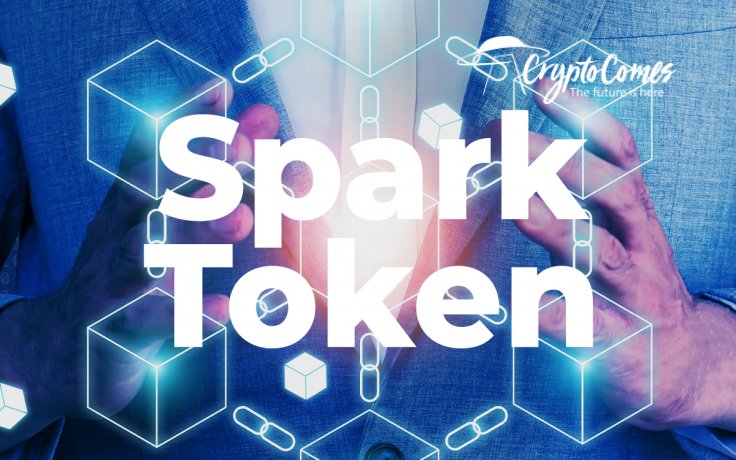 Once Spark airdrop takes place, XRP holders who lost their riches due to Cred's collapse will receive Spark tokens. This extraordinary step by Flare Networks is a result of the efforts of Uphold, Cred's money processor.

J.P. Thieriot, CEO of multi-platform trading ecosystem Uphold, has shared a meaningful announcement for "XRP Army" soldiers who used Cred as a custody for their riches. Although the platform is now-defunct, users can still claim Spark tokens with the assistance of Uphold. 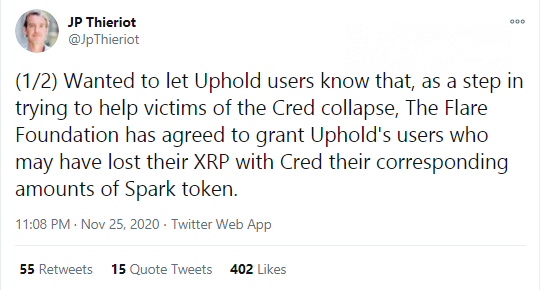 Large-scale crypto lending/borrowing operator Cred was a partner of Uphold Inc. However, when the first details of Cred's inevitable failure were disclosed, Uphold restricted all deposits to Cred accounts and terminated all relationships with Cred.

In the middle of this month, crypto lender Cred filled for bankruptcy. Its representatives admitted problems with a $10 million loan, but the aggregated losses of its clients may surpass $100 million.

Last call for the exchanges

Since XRP was among the assets available on Cred, many customers used it to lock in passive income from lending and borrowing operations. According to the statement by Uphold, many of its officers were Cred investors at the same time:

Many Uphold employees and their respective families have invested substantial personal sums into Cred, so management at Uphold shares the pain and stress of Uphold users who, like us, feel betrayed and victimized by Cred.

As covered previously by CryptoComes, Cred was among the first well-known partners of Spark airdrop for XRP holders. Cred confirmed its participation in mid-September.

The snapshot of XRP balances for the Spark token airdrop will take place on Dec. 12 at 12:00 a.m. UTC. Many tier-one platforms like Binance, Bitstamp and Bithumb have confirmed the support of this event within the last few days. Their competitors still have a chance to catch the train.