Facebook Twitter Telegram Copy URL
Gargantuan amounts of XRP have been moved recently, while Ripple, its ODL corridor Bitstamp and Binance have moved 37 mln XRP amongst each other 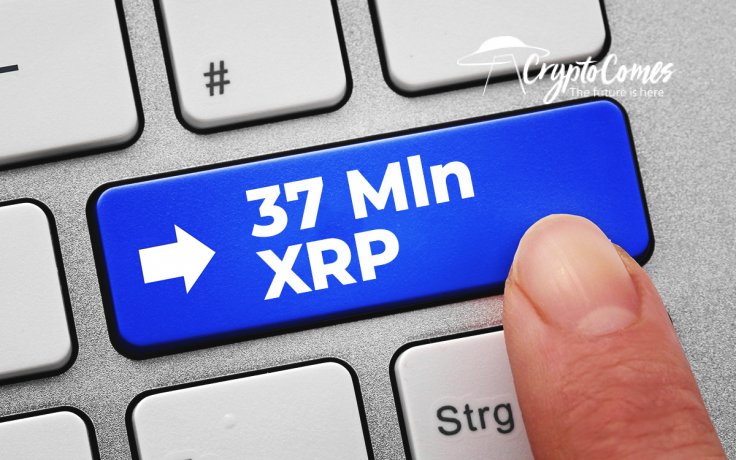 Data shared by XRPL Monitor says that, over the past twenty hours, Binance has sent slightly over 17 mln XRP to Ripple, and the San Francisco-based blockchain decacorn transferred almost that amount to one of its wallets and its European ODL corridor in Luxembourg.

XRPL Monitor has shared analytics showing that the Binance trading giant sent 17.7 mln XRP to a Ripple address. In fiat that totals $4,938,314. 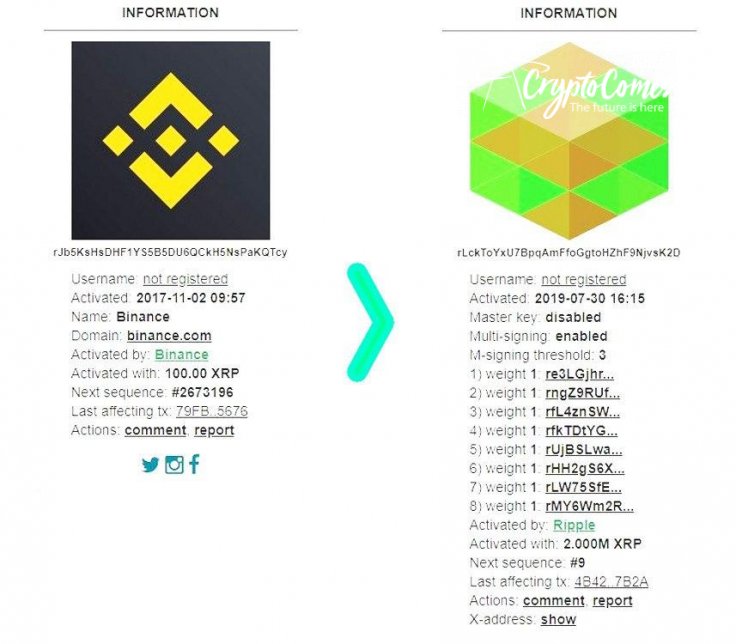 The analytics firm Bithomp site shows that the Binance wallet involved in the transaction currently holds almost 3 mln XRP. From it, funds have recently been wired to OKEx, Kraken and Bitstamp.

Apart from that, Ripple itself moved 10 mln XRP to what is allegedly the company's "alternative escrow" address: RL18-VN.

After that, 10 mln XRP were sent to the Bitstamp exchange located in Luxembourg, which serves as Ripple's ODL platform in Europe.

This is not the first jaw-dropping XRP transaction from Binance to Ripple, according to XRPL Monitor. 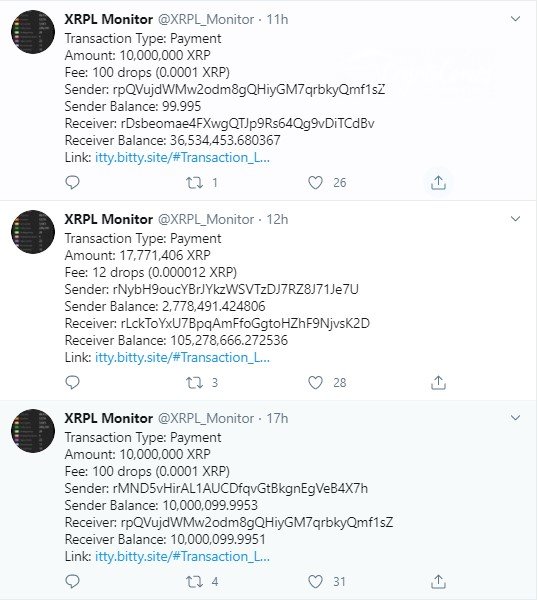 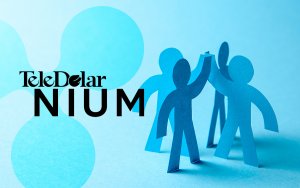 Two other major XRP transactions are related to the custodial service BitGo, which works with financial institutions and holds their crypto for them.

This time, the service has moved 25 mln XRP to Bitstamp and sent 21 mln XRP from one of its wallets to another.