Facebook Twitter Telegram Copy URL
🤚🎭If you got tired of the Craig Wright drama, there is another high-profile brawl in the crypto space to keep tabs on⚔🚀 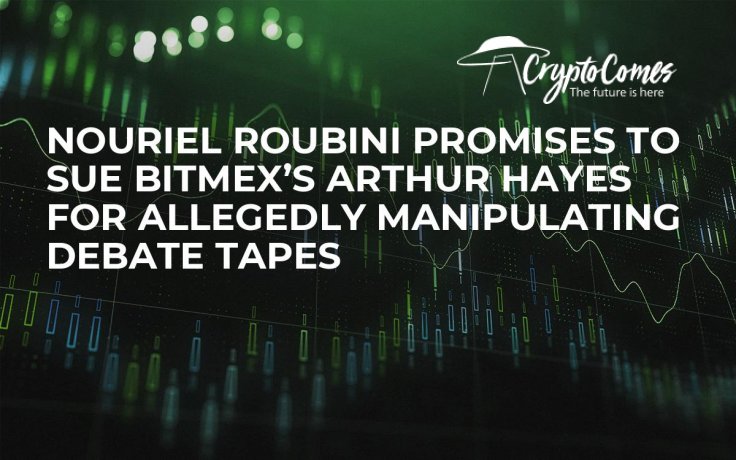 Roubini used this opportunity to trash the BitMEX exchange, which is famous for offering an opportunity to trade Bitcoin with 1:100 leverage. Many of those who are willing to take the risk eventually get liquidated. However, Hayes noted that humans are wont to speculate.

Bitcoin, according to Roubini, is the most overrated invention ever, and its price is inevitably heading to zero. Notably, he earlier pointed fingers at the crypto king for dropping to $58 in 2013, but it seems like he never learned his lesson.

Hayes insisted there Bitcoin is not going anywhere simply because people need a choice.

Doubling down on criticism

While almost everyone forgot about this debate, Roubini continues to stand his ground by calling Hayes offensive names and promising to sue him for allegedly “cutting off his points.”

It was actually prohibited to record the event, and Hayes is the only one who owns the rights to the footage.

In a tongue-in-cheek manner, Hayes asked Roubini to be patient before the tapes get released, but it seems like the crypto hater is already reaching a boiling point.

From Analogue-> Digital , takes a bit of time just like #Bitcoin ⁦@Nouriel⁩, be patient my friend. pic.twitter.com/CzN9krOxRl