Facebook Twitter Telegram Copy URL
In the shadow of Bitcoin (BTC) rollercoasters and DeFi euphoria, the increased interest in privacy-focused solutions is among the most notable trends of 2020 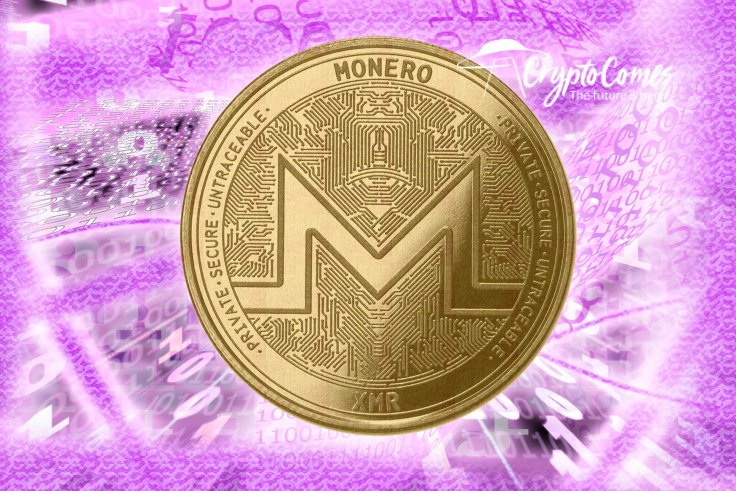 Although the main metrics of Monero (XMR) network activity are untraceable for publicly available monitoring services and blockchain explorers, its community is sure that more and more value is being transferred into XMR.

An anonymous Monero (XMR) proponent who goes by @FinanceRedpill on Twitter noticed a whopping increase of daily transaction value on his/her beloved blockchain. According to @FinanceRedpill, it may process $1,000,000,000 daily. 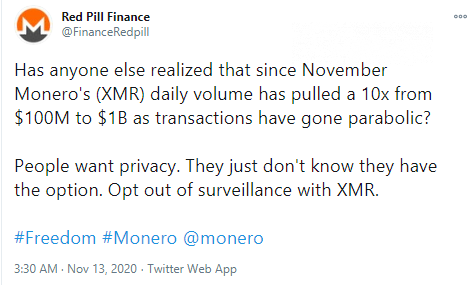 He highlighted that a 10x rally of this indicator should be attributed to people's interest in privacy-oriented solutions. Massively adopted blockchains like Bitcoin and Ethereum are failing to protect users' data from being harvested by government agencies, he adds:

At the same time, a rapid increase in the number of Monero (XMR) transactions is verified by third-party explorers. According to Bitinfocharts, on Nov. 12, XMR processed 20,000 transactions.

One year ago, in mid-November 2019, this indicator barely surpassed 5,000 transactions per day. Thus, the usage of Monero (XMR) for privacy-oriented transactions surged four times in 12 months.

Also, Monero (XMR) developers announced today that new graphic user interface v0.17.1.4 "Oxygen Orion" can now be installed via auto-updater. The manuals and security instructions regarding this update are published in the main Monero (XMR) subreddit.

As covered by CryptoComes previously, this year illuminated an impressive increase in user interest in privacy-focused blockchain instruments.

Monero's success is developing hand in hand with the popularity of shielded (obfuscated) transactions in ZCash (ZEC). Both currencies allow users to hide addresses involved in transactions and the amount of value transferred.