Justin Sun: Tron Has Been Attacked Today. Are Funds Affected? 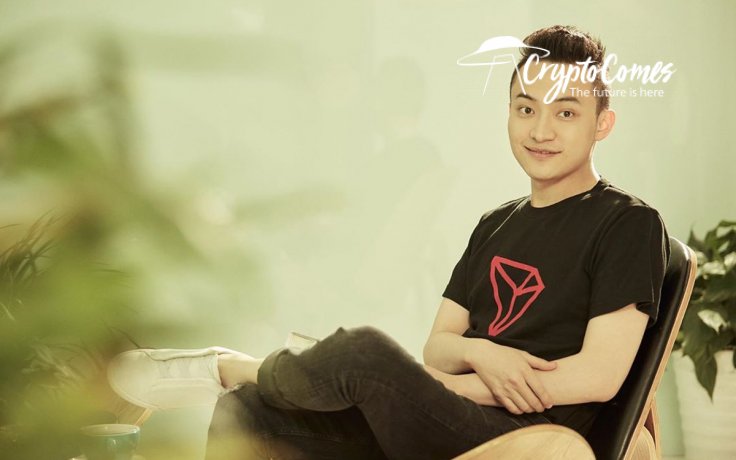 Justin Sun, founder of the Tron Foundation (TRX) and CEO of BitTorrent (BTT), shared the details of the recent attack on the Tron blockchain. He unveiled the first results of the investigation and informed TRX holders of their funds.

In his recent thread on Twitter, Mr. Sun announced that Tron (TRX) blockchain was attacked today, Nov. 2, in the early morning hours Hong Kong time. The malefactor chose the moment the network was upgrading to launch his/her invasion into blockchain operations. 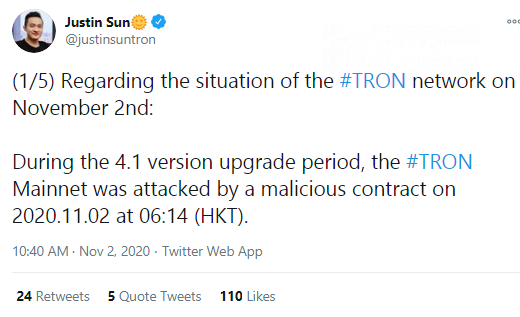 When Tron (TRX) nodes were updating to version 4.1, the attackers initiated a chain split via malicious contract creators. They started authorizing the fraudulent transaction, so blockchain started to reject legitimate blocks.

The idea behind the hack was to benefit from "illegal" transactions during the unintended network split. Mr. Sun stressed that, due to increased usage of the Tron (TRX) network, the hackers could loot a significant amount of money.

However, Tron (TRX) community enthusiasts showed great vigilance and detected the problems promptly. They managed to locate the problem and bring Tron (TRX) blockchain operations back to normal. This was achieved in collaboration with node operators.

Two hours to stop the hackers

Tron (TRX) mainnet resumed block production at 8:29 a.m. HKT, while it took one more hour to restore network performance entirely. At 9:50 a.m., the system started to process withdrawals and deposits again. At press time, all TRX trasnsactions are validated as intended.

The attackers failed to corrupt the data structure of the network. Also, Justin Sun assured the community that users' balances are unaffected by attackers' activity.

As covered by CryptoComes recently, Tron (TRX) blockchain started to onboard "wrapped" Bitcoins (BTC) in October.

👉 MUST READ Tron (TRX) Blockchain Now Has Its Own Bitcoin (BTC): Details by Justin Sun 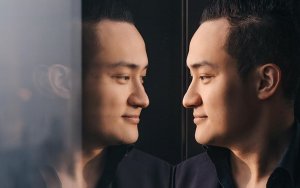