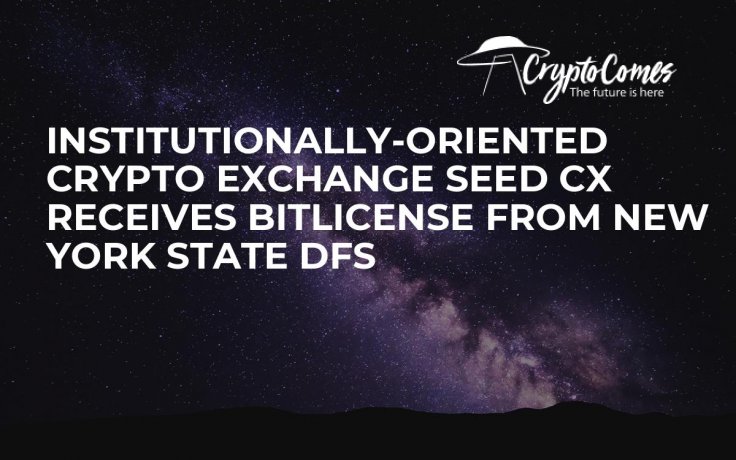 Seed CX, a Chicago-based cryptocurrency trading platform that targets institutional investors, has secured a BitLicense, according to a press release published by the New York Department of Financial Services (NYDFS).

The regulator has already approved more than 20 cryptocurrency businesses, including Coinbase, Gemini and Bakkt.

The crypto exchange has secured two virtual currency licenses. The NYDFS approval allows SeedCX to serve as an order matching system as well as a block trading platform for New York-based financial companies.

"Being granted two virtual currency licenses by the New York Department of Financial Services marks the next step in our growth to becoming the leader in institutional trading of digital assets," said Seed CX CEO Edward Woodford.

At the beginning of this year, the exchange launched its spot and derivatives platform, which was considered to be a major step for bringing institutional clients into crypto.

With Bakkt soon testing its Bitcoin futures, 2019 is supposed to be the year when big money is flowing into crypto space.

BitLicense, which was first released back in 2015, is extremely hard to obtain because of the expensive and debilitating application process that involves a thorough investigation into its business operations, AML/KYC measures, etc.

Cryptocurrency unicorn Circle became the very first licensee back in 2015.

That essentially explains why only a handful of companies achieved this feat. For example, Bittrex, which made a strategic investment in SeedCX back in December, was snubbed by the NYDFS in April.