First DEX Flamingo Swap Launches on NEO Blockchain. And What About FLM? 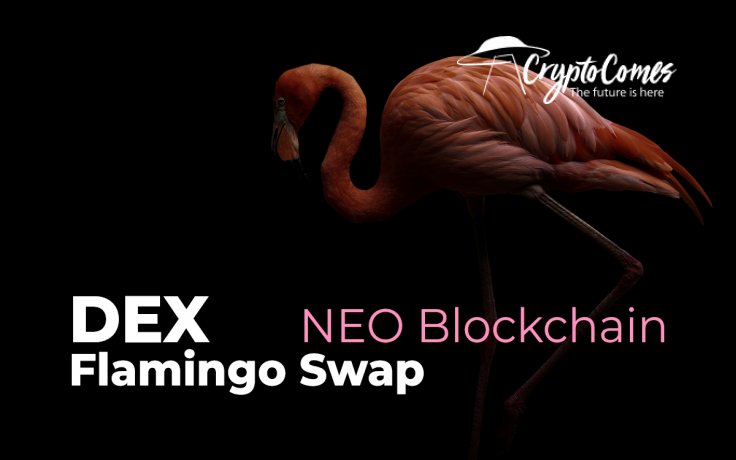 According to the official announcement by NEO-based DeFi protocol Flamingo Finance, decentralized exchange environment Flamingo Swap goes live with its inaugural suite of trading pairs. At its launch, tokenized versions of Bitcoin (BTC), Ethereum (ETH), Neo (NEO) and Ontology (ONT) will be available for trading against FLM and the U.S. Dollar Tether (USDT).

The very first AMM-based DEX on Neo, Flamingo #Swap goes live. FLM will no longer be distributed to single-asset stakers. Users may stake #LPTokens from below trading pairs in the Vault to continue receiving FLM rewards. https://t.co/zFw5sZvBkj

Second distribution of FLM tokens to single-asset stakers (who registered on Flamingo and froze at least one of its assets) is finished prior to the launch of the Flamingo Swap. Starting from 13:00 UTC (Oct. 5), only liquidity providers onboarded by the abovementioned tools can receive FLM rewards.

Neo Smart Economy promotes Flamingo Swap as the "first-ever DEX" based on automated market makers. Extended trading tools, such as customized trading pairs and transaction routing, will be added soon.

The Flamingo team informs users that every swap will be charged with a 0.3 percent fee, disseminated between liquidity providers proportionally to their contribution to liquidity pools.

It should be noticed that right before Flamingo Swap launch, FLM—a native asset of NEO-based DeFi—has plunged to an all-time low at $0.30. According to CoinGecko statistics, it is down 73 percent from the release price level. 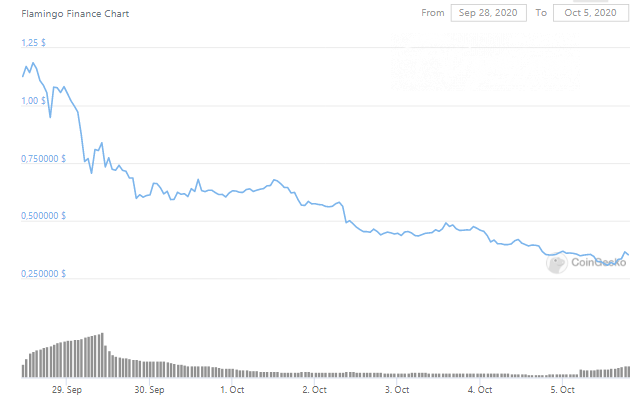 Meanwhile, the start of Flamingo Swap operations allowed the FLM price to slightly recover. At press time, FLM is changing hands at $0.37 on major spot exchanges.