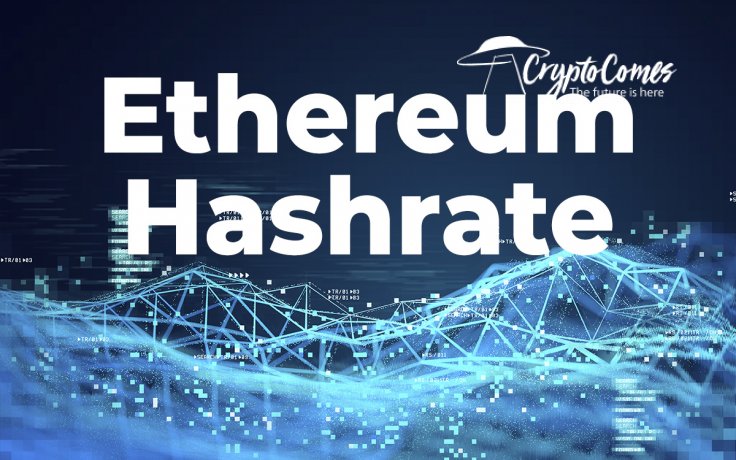 Leading on-chain analytical team Glassnode noticed an "insane surge" in total computational power behind the second blockchain. Meanwhile, as Ethereum 2.0 will utilize proof of stake (PoS) consensus, all these miners will become useless.

Rafael Shultze-Kraft, chief techonolgy officer at Glassnode, has shared statistics regarding the Ethereum (ETH) hashrate upsurge in 2020. According to Shultze-Kraft's latest tweet, this metric witnessed an almost 100 percent spike. 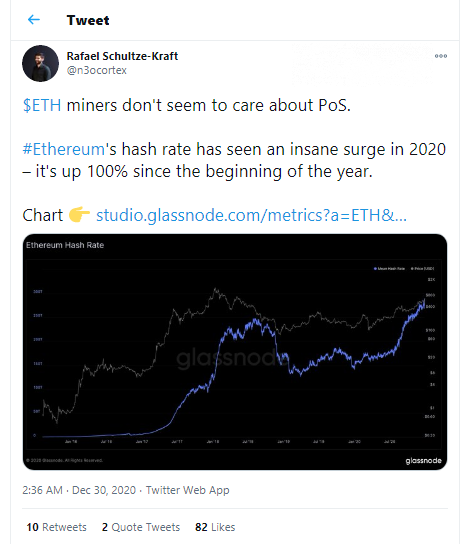 His Twitter audience stresses that all of these gains will vanish once Ethereum (ETH) replaces its proof of work (PoW) consensus with proof of stake (PoS). In PoS, the integrity of the network and transaction finality are protected by stakers, not by miners.

Meanwhile, some commentators are certain that Ethereum (ETH) miners have already deposited their 32-ETH stakes into the initial contract of Ethereum 2.0.

2020 was not all roses for Ethash mining

At the same time, Ethash mining (mostly Ethereum and Ethereum Classic) witnessed its ups and downs in 2020. As covered by CryptoComes previously, due to problems with DAG's file volume, some popular Ether-focused ASICs (including Antminer E3) were on the verge of ceasing operations.

👉 MUST READ These Ethereum (ETH) Miners to Continue Working in 2021: See the List 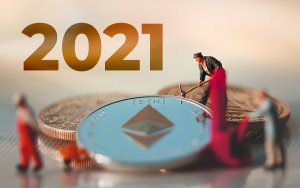 Ethereum Classic (ETC) was forced to change its mining algorithm to reduce DAG file size. Now, all ASICs with 4 GB memory are able to process it.

Also, Ethereum Classic (ETC) suffered a series of chain splits in Q3, 2020. Some exchanges even halted ETC deposits to keep users' funds safe. However, implementation of a new security scheme significantly increased the costs of 51% attacks for  potential malefactors.