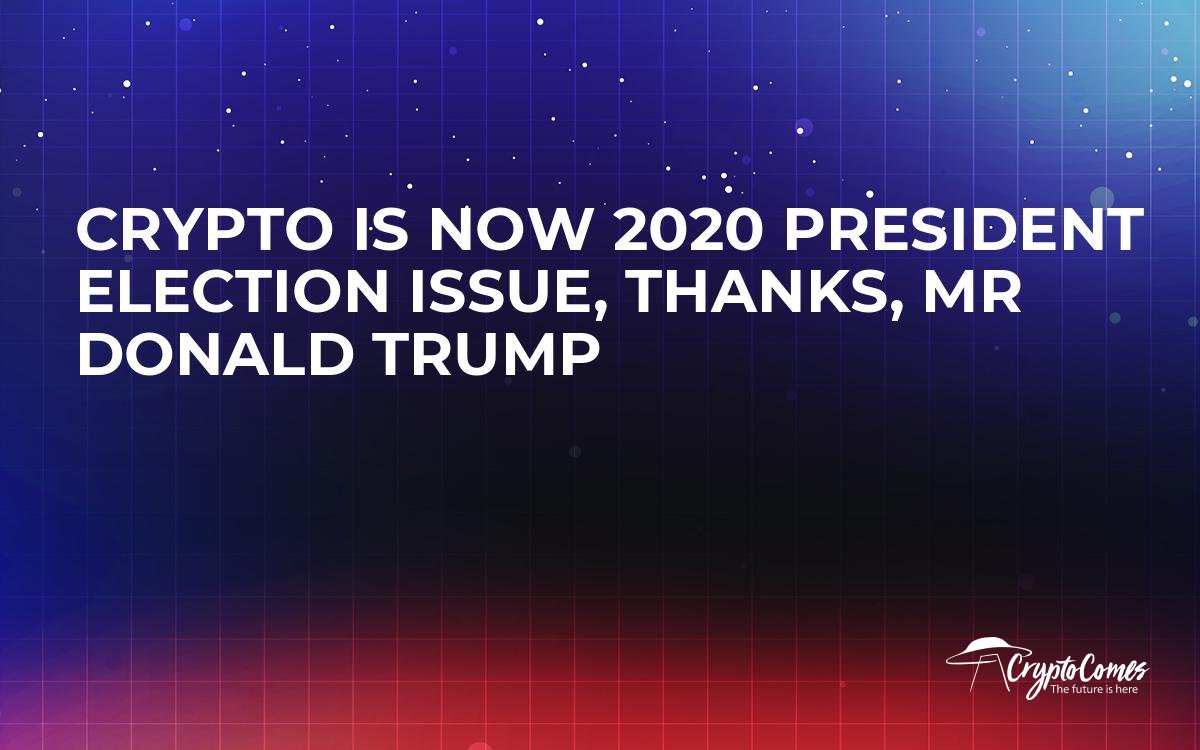 After the recent comment of Donald Trump on Twitter, the price of Bitcoin rose a little bit but not for long. Still, the crypto community believes that Trump mentioning BTC, even though calling it ‘unregulated crypto asset’ and ‘based on thin air’, may increase the crypto awareness and give the BTC quotes a push.

The good thing is that Trump undeliberately has turned Bitcoin and crypto into an election issue for 2020.

An crypto expert and a CEO of a Circle Jeremy Allaire has called Trump’s comments one of the biggest bullish signals ever and said that crypto is now a ‘presidential issue’.

Brian Armstrong, the Coinbase CEO, has also commented on the matter, saying that the crypto community can celebrate a victory that has been achieved thanks to Donald Trump – now Bitcoin and the whole crypto industry has been finally acknowledged, in a way.

Achievement unlocked! I dreamt about a sitting U.S. president needing to respond to growing cryptocurrency usage years ago. "First they ignore you, then they laugh at you, then they fight you, then you win”. We just made it to step 3 y'all. https://t.co/N3tzUKELaK

Other presidential candidates are also mentioning Bitcoin and the technology it is based on. One of them is Andrew Yang, who said that DLT has a ‘wealth of potential’ and that blockchain could ensure efficiency and transparency levels in many spheres significantly improve.

Another candidate who is well-known in the crypto community – John McAfee – says that Bitcoin and blockchain would bring freedom to people around the world. His most famous forecast about the BTC price is - $1 mln on December 31, 2021 – otherwise he promised to eat his privates on the US National TV.

John McAfee is currently on the run from the IRS in Cuba and has offered his assistance to the local government as an IT expert to create their own crypto.