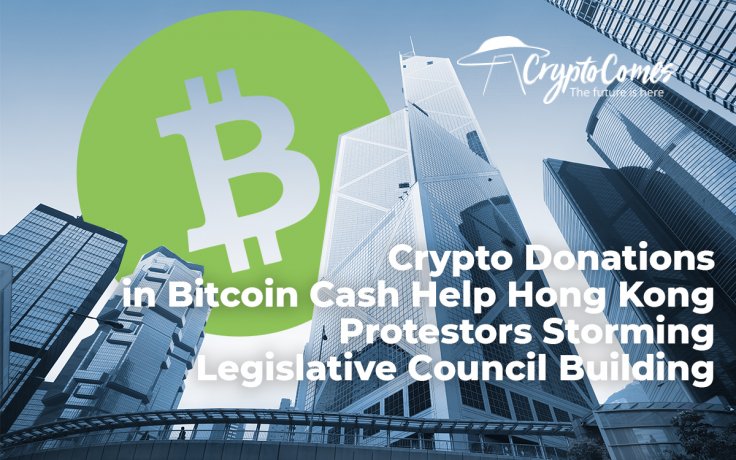 Demonstrators in Hong Kong are trying to storm the local Legislative Council. A ‘red alert’ has been announced in the building and the workers by now should have left it and police should be already inside.

Protesters are drinking water from plastic bottles with a Bitcoin Cash logo on them, getting that water for free.

Violent protests along with peaceful marches

CNN reports that on July 1 every year the city celebrates being handed over to China by the UK on July 1, 1997. This event is celebrated by annual peaceful marches.

However, a large group of young people who had tried to break that commemorating march, are trying to storm the governmental building after being pushed away from the peaceful demonstration by the police.

The protestors are trying to get Carrie Lam, the chief executive, to resign for fear of the new Extradition Bill arranged between Hong Kong and China which implies that anyone subject to be extradited to China from the politically independent Hong Kong.

As reported by Trustnodes, some published photos show stacks of bottled water with a Bitcoin Cash logo on them, which are being given away to the protestors for free. These logos mean that the water was bought with international donations in BCH.

Many people around the world are donating their Bitcoin Cash to show support for the people in Hong Kong that disagree with the way their government is doing politics with China.