Compound Protocol (COMP) to Migrate to Its Own Blockchain: CASH Whitepaper Released 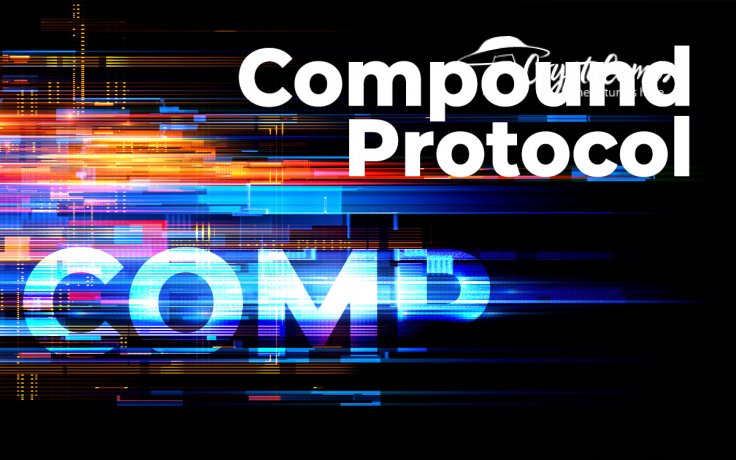 Compound (COMP), one of the flagship and most advanced decentralized financial protocols, has shared a whitepaper for its own blockchain, Compound Chain (CASH). Its rollout will allow Compound to leave Ethereum (ETH) and to integrate other chains into its mechanisms.

From DAO to blockchain: What is Compound Chain?

In its recent Twitter thread, the administration of Compound Finance (COMP) announced that, since migration to the DAO model of governance, the level of community involvement in the project development skyrocketed. And the next step in upgrading Compound's decentralization is the release of its own blockchain, Compound Chain (CASH). 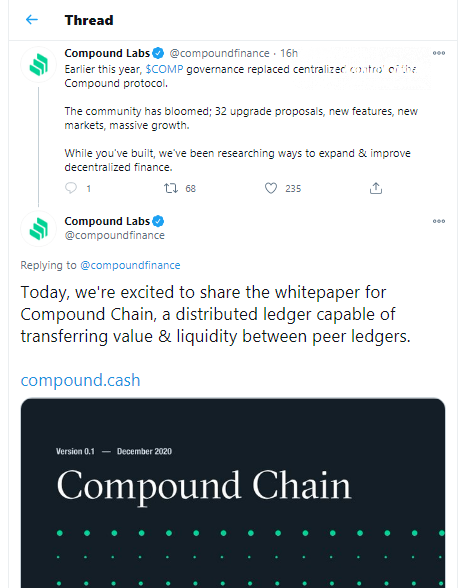 The new distributed ledger system will tackle all major Ethereum (ETH) limitations, such as high transaction costs, low bandwidth and lack of interoperability with other types of blockchains. Compound Chain (CASH) will empower the existing platforms (Solana, Ethereum and so on) with the instruments of decentralized peer-to-peer interaction.

Also, native assets will be minted on Compound Chains via Starports, the contracts on "initial" chains. Thus, Compound Chain (CASH) will join the race of next-gen cross-chain systems such as Polkadot (DOT), Kusama (KSM) and Cosmos (ATOM).

The new blockchain will have a native digital asset, CASH token. It will be created atomatically by the system, just like MakerDAO's DAI. Primarily, it will be used to pay for transaction costs and as a unit of yield in lending/borrowing instruments.

Technically, the new chain should be referred to as a proof of authority (PoA) network with Byzantine Fault Tolerance consensus (BFT). CASH transactions will be confirmed by community-approved validators. The system will be able to work correctly even with 1/3 faulty validators.

Compound Labs, the development team tasked with Compound Chain (CASH) building has scheduled the testnet release of the new system in Q1, 2021. Documentation for development and validators will arrive "in the coming weeks."