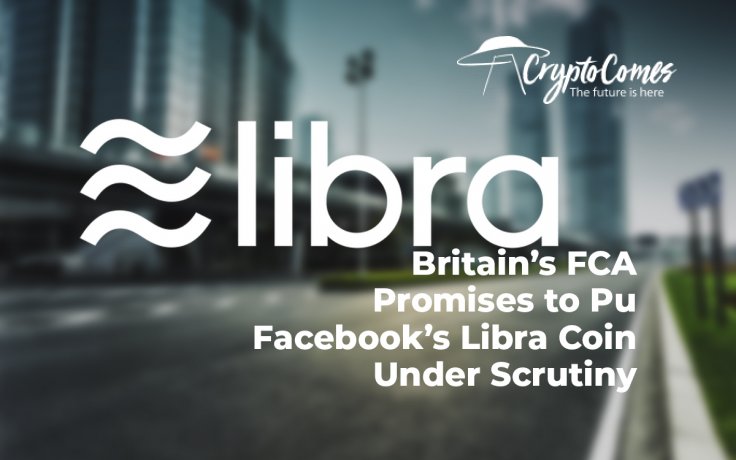 Facebook’s crypto project that will supposedly help the social media juggernaut to assert dominance in the world of finance, won’t go unnoticed by the Financial Conduct Authority (FCA). According to the Daily Telegraph report, FCA chief executive Andrew Bailey claims that the Libra coin “won’t walk through authorization” without closer scrutiny.

Bailey believes that the Bank of England and the Treasury have to take a closer look at Libra. He also emphasized the significance of the new cryptocurrency that has a good shot at becoming a global currency that will be used as a means of payment by billions of people.

We will have to engage domestically and internationally with Facebook and this organisation [the Libra Association] that has been set up,” Mr Bailey said, “because they are not going to walk through authorisation without that at all.

It is worth mentioning that Bailey also praised Facebook’s transparency when it comes to its crypto plans, but there are clearly some questions left that need to be answered.

Earlier, CryptoComes shed light on central banks around the world being concerned about the Libra coin. Bank of England Deputy Governor Sam Woods was among those who called for regulations.

Their worries didn’t come as a surprise given that Libra makes a case for decentralized economy, thus posing a direct threat to fiat currencies.

However, many experts have already cast their doubts on Libra’s decentralization pitch given that the coin will be run a bunch of corporate giants.