Bonnie and Clyde: Tezos Founders Withhold Their Written Communications Because of Spousal Privilege

Facebook Twitter Telegram Copy URL
This particular case pits marital privacy against business transparency. Will the Bonnie and Clyde of crypto end on the winning side? 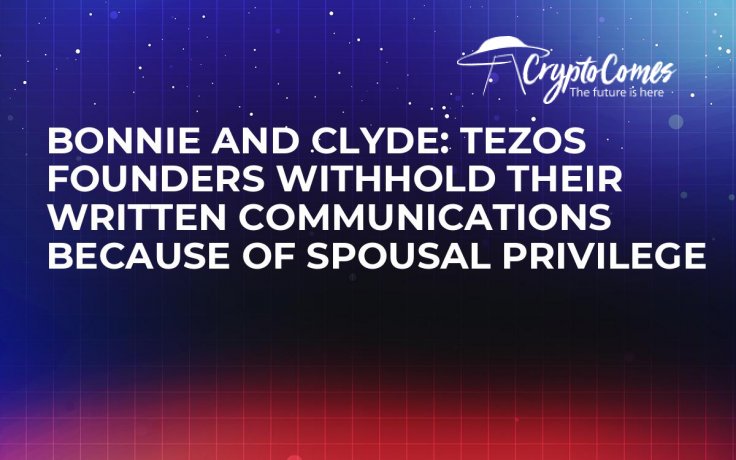 Kathleen and Arthur Breitman, the founders of cryptocurrency startup Tezos, are currently involved in federal court litigation after a string of lawsuits from disgruntled investors.

The two are refusing to disclose their emails since they have “marital communication privilege.”

According to US law, communications between spouses are considered to be privileged unless they are involved in an action against each other, such as divorce.

Thus, the Braitmans decided not to provide some of the documents requested by Plaintiffs, which particularly deal with their conversation on various business topics.

Plaintiffs argue that the spousal privilege doesn’t apply in this case since the defendants act as business partners and emails in question were handled by Dynamic Ledger Solution, Inc. (DLS).

They strongly believe that their discussions weren’t “induced” by their marital status.

Their side of the story

In their defense, Kathleen and Arthur Breitman claim that they were allowed to use their emails for their personal needs.

The Ninth Circuit, which is based in California, doesn’t invoke the marital privilege if there were business relations involved.

It would be destructive to marital relationships if spouses were forced to disclose such private, confidential communications merely because those communications relate to business matters, the couple argues

If the emails between the spouses were of paramount importance, the Court could potentially disregard their right to marital privacy and take a look at them.