Almost All Bitcoin SV Transactions Are Linked to Weather App 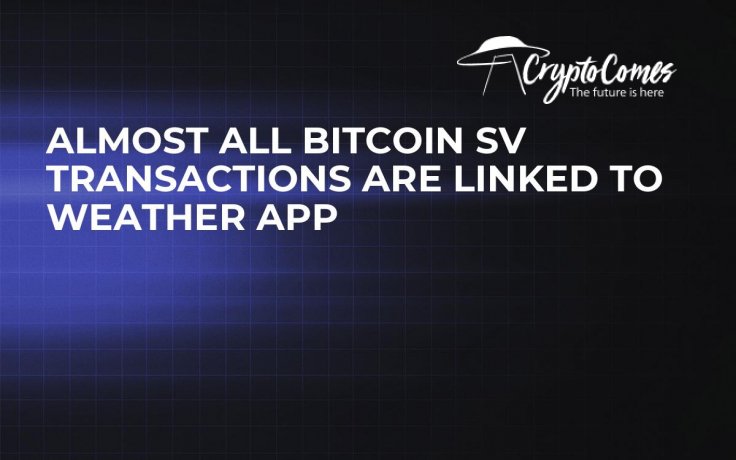 Crypto startup Coin Metrics has revealed that a weather application called WeatherSV is responsible for a whopping 94 percent of all daily transactions on the Bitcoin SV network. The web-based app offers its users the ability to register weather-related information on an immutable distributed ledger.

WeatherSV stores weather-related data on the Blockchain with the help of the OP_RETURN opcode. The aforementioned report states that 96 percent of all Bitcoin SV transactions included this script as of July 14.

However, the usage of OP_RETURNS is generally frowned upon within the crypto community given the primary purpose of a distributed ledger is to record financial transactions, not temperature and the level of humidity.

There are already 3,665 active weather channels around the globe with most of them being clustered in Asia (the main market for Bitcoin SV). Activating a new channel will set you back $5 AUD for about 200 days of hourly updates.

Sparring over a weather app

The WeatherSV app faced a substantial portion of criticism from Bitcoin and Bitcoin Cash proponents since it simply takes data from a centralized service and records it on the Blockchain.

Meanwhile, the proponents of the controversial fork claim that the data is recorded forever, which justifies this use case.

Haha, the app is completely meaningless. It just copies data from a centralized weather service and writes it on the SV blockchain