All Bitcoins (BTC) Stolen in 2017 Are Returned: NiceHash CEO 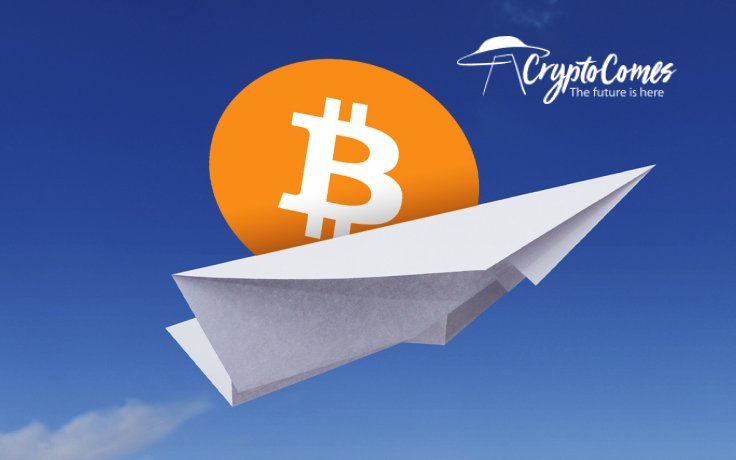 Martin Škorjanc, CEO of veteran Slovenian-based Bitcoin (BTC) mining marketplace NiceHash has confirmed that all losses born by its clients as a result of theft in 2017 are now fully compensated. To achieve this goal, company officers waived their profits for three years.

"We are free": NiceHash hack victims are finally reimbursed

In his letter, Mr. Škorjanc announced that the compensation campaign launched to cover the losses from the NiceHash hack has now ended. Every Bitcoin (BTC) stolen by malefactors is now refunded by the exchange's administration. 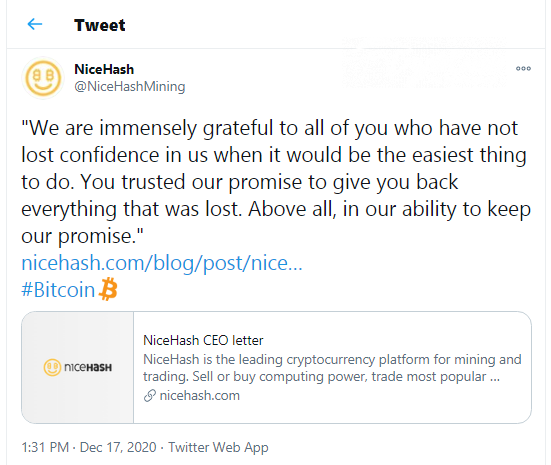 Refunds to victims were trasferred within the framework of a long-term repayment program. Meanwhile, the NiceHash CEO admitted that many advisors recommended that he stay away from this program and close the company down with an adequate pretext:

A flock of various consultants and experts began circling us, persistently telling us that our story was over. Everybody started offering us different ways to shut down the company most elegantly and make the most of the collapse.

The road to this victory was not easy for the NiceHash team. According to a celebratory letter, the leaders of NiceHash limited the platform's expenses to the level of "bare survival" and waived profits during the entire period of the repayment program.

The NiceHash CEO also underlined the role of the platform's founder, Matjaž Škorjanc, in the refunding program. On Oct. 1, 2019, Matjaž Škorjanc was arrested in Germany and accused of crimes against cybersecurity.

The largest theft in Slovenian history

NiceHash Bitcoin (BTC) mining marketplace was hacked on Dec. 6, 2017. More than 4,640 BTC, or $62 million by the time of attack, were hijacked by malefactors.

Also, the hack resulted in a massive leak of users' personal data. Thus, NiceHash even recommended its clients to change their settings utilized on other sites.

Martin Škorjanc believes that this attack is the most devastating theft in the entire history of Slovenia. Amidst a developing Bitcoin (BTC) rally, 4,640 BTC are worth almost $108 million.