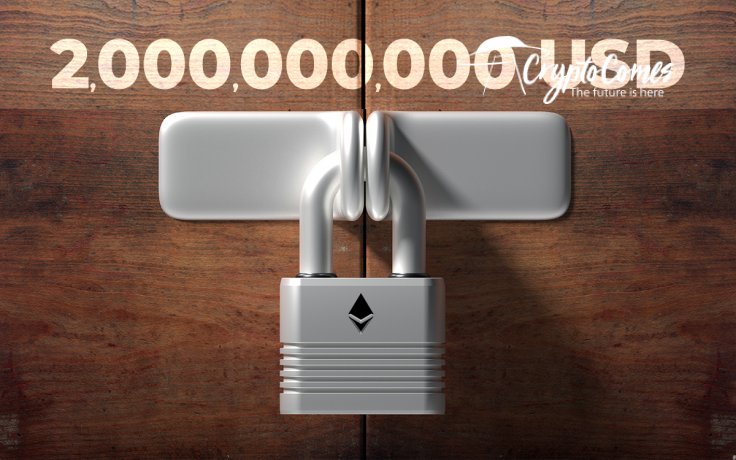 The decentralized finance segment is celebrating a huge milestone amidst unprecedented hype. Many DeFi protocols break new records every week.

100% growth in five months only

According to leading decentralized finance explorer, DeFi Pulse, the total amount of money locked in various DeFi protocols has surpassed a breathtaking $2,000,000,000.

The steady growth of DeFi has just started: one month ago this indicator barely exceeded $1B. With the insane hype around these applications, many DeFi assets have been experiencing double- and even triple-digit gains.

These tendencies, accompanied by the lucrative concept of 'yield farming', i.e., earning a profit on locked assets via sophisticated lending/borrowing schemes, allowed DeFi to achieve such an ambitious goal.

This achievement has been celebrated by the Ethereum (ETH) community. Eric Conner of Gnosis PM, a co-founder of the EthHub educational source, outlined that it took only five months for DeFi to double its TVL indicator. For the first time, this segment entered the ten-digit zone on February 7th, 2020.

According to him, the DeFi industry could break above $3B TVL within just ten weeks.

However, the DeFi segment is still bashed by Vitalik Buterin, who says that euphoria around these protocols distracts from the valuable goals of smart contract ecosystems.