Facebook Twitter Telegram Copy URL
A recent report from the Deribit exchange says that it has witnessed a new record high trading volume of ETH options and OI, both totaling $290 mln 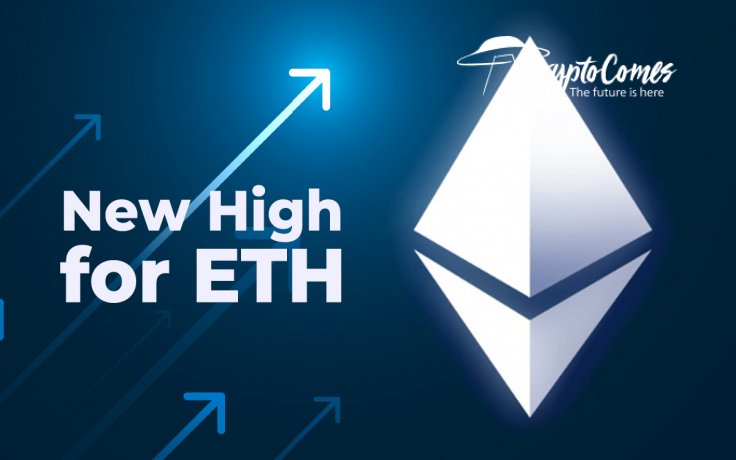 Deribit cryptocurrency exchange, one of the leading platforms for Bitcoin and Ether options trading, has reported a major rise in volume and open interest for Ethereum options.

Both indicators total $290 mln in value.

Analysts of the Deribit exchange have shared that the current peak volume in the last twenty-four hours has reached the figure of $49 mln for Ethereum options.

As for ETH open interest (OI), this indicator is currently located at the $241-mln level. That is ninety-three percent of the entire Ethereum options open interest and is concentrated on Deribit, according to the tweet. 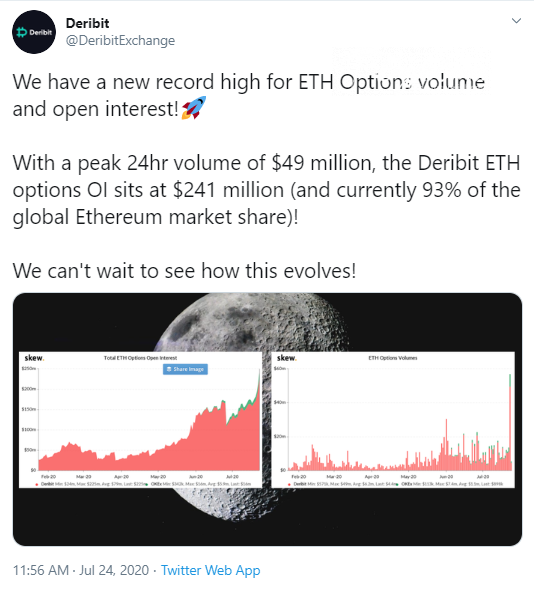 A rise in the open interest on Ethereum options signifies increasing interest by institutional investors, such as hedge funds, toward crypto assets and Ethereum, in particular.

The price surges took place after the forthcoming launch of public Ethereum 2.0 trials was announced, as reported by CryptoComes previously.

The Ethereum 2.0 testnet is titled "Medalla," and it was announced earlier this week on Discord by Ethereum 2.0 developer Danny Ryan.

"Medalla" is expected to be the last stage before the much-expected Ethereum 2.0 upgrade is rolled out.

On July 23, analytics agency Santiment reported that it had detected 700,000 ETH moved by the top 100 Ethereum wallets right before the ETH price spiked on Thursday. This totals approximately $182.7 mln.

These were non-exchange crypto wallets, the tweet says. It also called this transfer "pre-pump positioning & a forewarning of the pump."