Crypto Whales Move Over 6 mln LINK, Part of That Sent to Binance and Huobi as Coin Keeps Dropping

Facebook Twitter Telegram Copy URL
Whale Alert has reported that whales have been moving their LINK stashes to Binance, while Chainlink remains in the fall after the massive rally 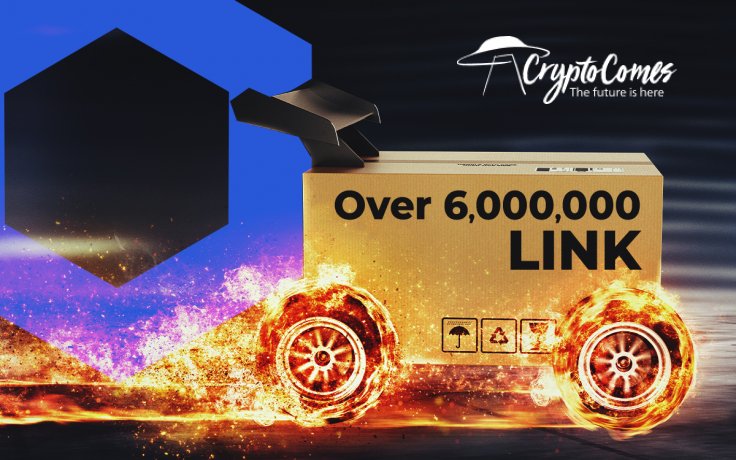 Almost 4,000,000 mln LINK has been recently moved, with one fourth of it going to Binance from anonymous wallets as one of the most popular altcoins is still in decline after the peak price it achieved recently.

Besides, the most recent major crypto fan Dave Portnoy of Barstool Sports has turned his back on LINK and Bitcoin, criticizing LINK marines.

Those coins were likely to be cashed out, the community in the comment thread believes. 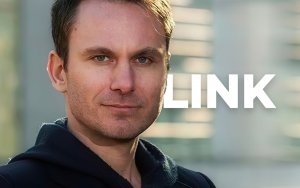 Two of the transfers (around 70,000 LINK each) were directed from unknown wallets to exchanges – Binance and Huobi.

The rest of the crypto was moved between wallets with anonymous owners. 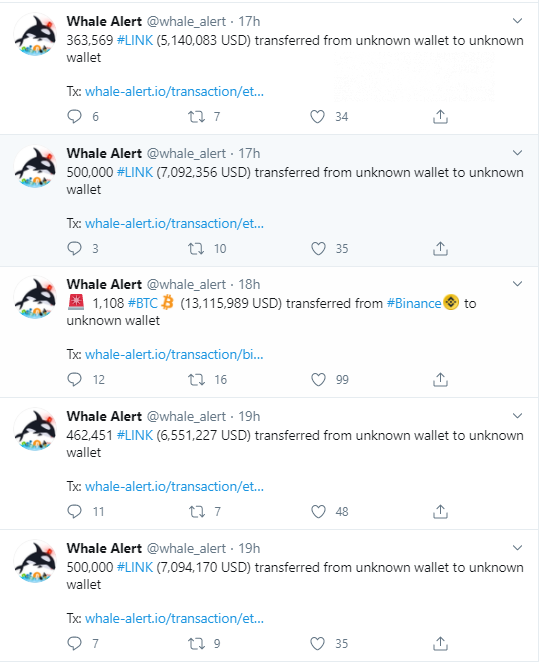 After a monstrous rally that happened just recently and pushed LINK above the $19 level, a massive correction started, making now the coin change hands at $14.64, according to CoinMarketCap.

Just yesterday, the founder and CEO of Barstool Sports Dave Portnoy, earlier ‘converted’ in crypto by the Winklevoss twins, tweeted that he got disappointed in crypto.