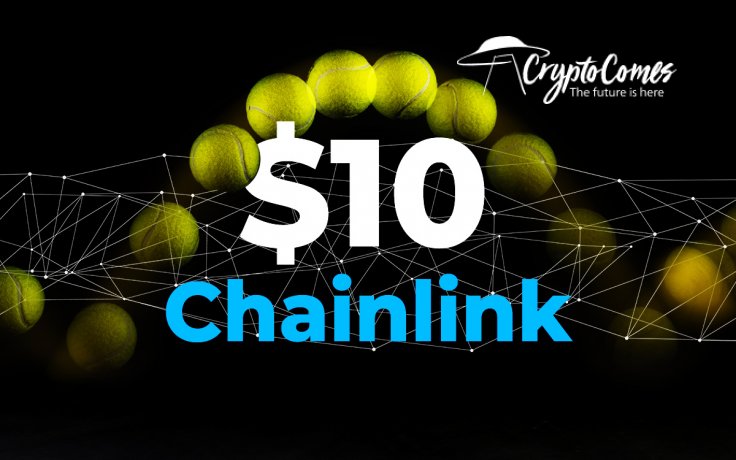 On Aug. 6, the price of Chainlink (LINK) touched the psychologically important level of $10 for the first time in the token’s history.

The ninth largest cryptocurrency by market capitalization continued to outperform the broader cryptocurrency market with an eight percent daily candle—despite being in the middle of an extensive rally.

This flies in the face of murky asset manager Zeus Capital that continues to work overtime to tank the token’s price, accusing it of manipulation. 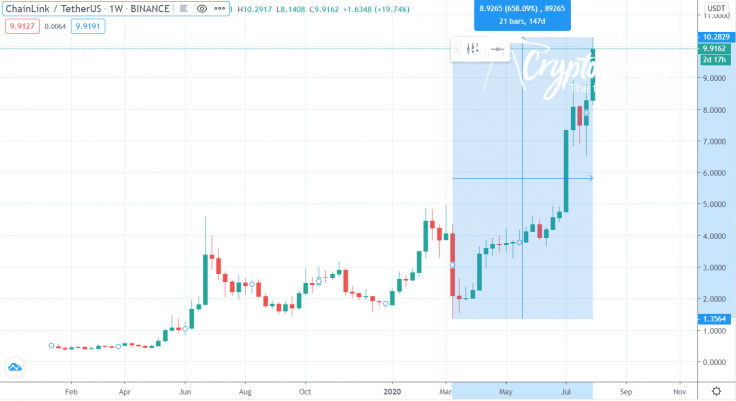 Chainlink provides different entities with its decentralized data oracles that allow for integrating price feeds among other use cases.

Over recent months, the project has forged a slew of notable partnerships that most likely contributed to its tremendous rally.

As reported by CryptoComes, Chainlink’s technology was recently integrated by the enterprise-oriented blockchain platform Provide, a founding member of the Baseline protocol that is leveraged by Coke One North America (CONA). 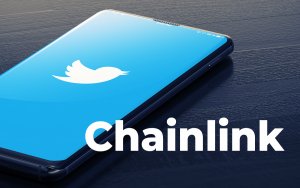 While LINK's price performance has been nothing short of remarkable, it has been outperformed by some smaller oracle tokens.

As noted by Messari researcher Ryan Watkins, these tokens appear to be "anchored" to LINK's price:

While none have quite developed the fervent community Chainlink has, many like Band Protocol have employed Chainlink’s strategy of announcing a ton of project integrations and partnerships, and they’ve been rewarded for doing so. Are the long-tail of oracle tokens some of the most compelling relative value plays in crypto or is the entire section dramatically overvalued?

Chainlink enjoys a first-mover advantage in the oracle game and an extensive list of partners.