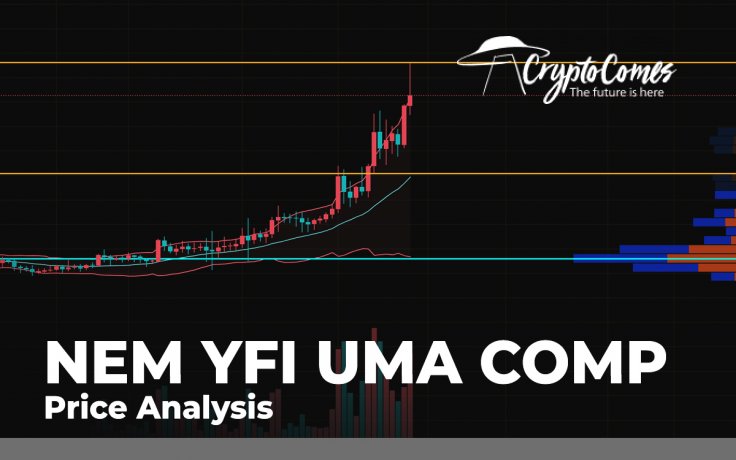 The cryptocurrency market is again in the green. The biggest gainer is Chainlink (LINK), in which the rate has increased by 5.69% in the last 24 hours. 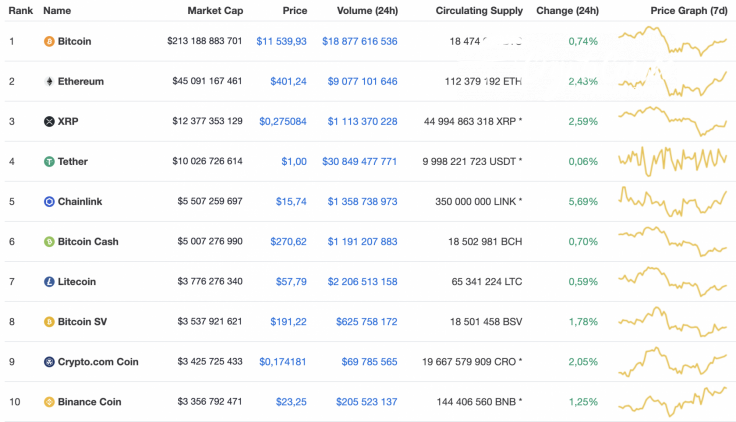 Below are the key statistics for NEM (XEM), Yearn.Finance (YFI), UMA, and Compound (COMP):

NEM (XEM) is the biggest gainer from our list. The rate for the altcoin has skyrocketed up by 22.65% since yesterday, while the price change from the last 7 days has almost reached the 50% mark. 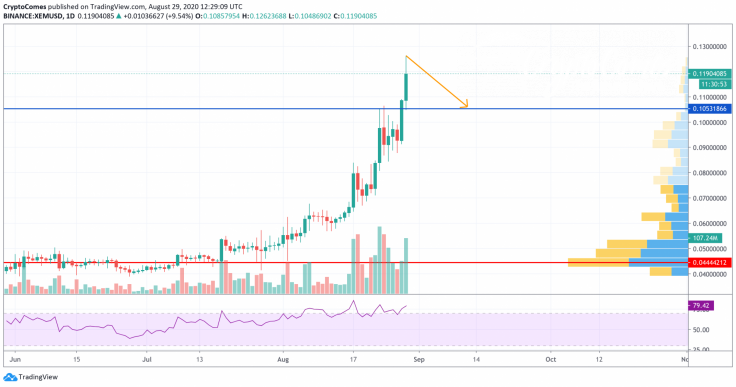 NEM (XEM) has confirmed the start of a long-term bullish trend; however, a slight correction is needed in order to gain more strength and maintain growth. Even though the trading volume is high, the liquidity is low, which means that the bears might seize on the initiative in the short-term. What is more, a bearish divergence has been formed, which means that a drop to the nearest support level at $0.1053 is possible.

Yearn.Finance (YFI) has also significantly increased since last time. The rate for this popular DeFi token has increased by 14.38% in the last 24 hours. The price has even surpassed the price of Bitcoin (BTC). 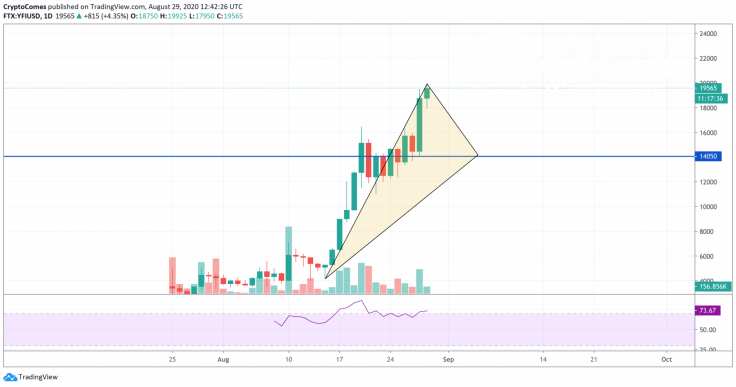 From a technical perspective, the coin is trading in a similar fashion to Chainlink (LINK) as a correction is also the most likely scenario, and the Relative Strength Index (RSI) is already located in the overbought zone. Furthermore, the volume is on the decline, which confirms the possible drop. If that happens, then a decrease will happen until the token reaches the $14,000 mark.

The rate for UMA has not increased as much as the aforementioned tokens. The rise has only constituted a 0.93% since yesterday. 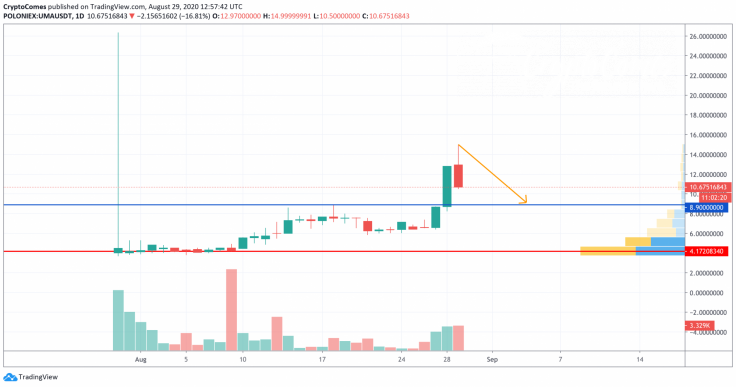 Although the rate for the token has increased slight, it has already entered a correction phase after failing in its attempt to fix above the $15 mark. Moreover, the selling volume is high, which means that the bears are not going to give up and are going to continue pushing the rate down. Furthermore, the liquidity is high between the $5-$7 range. All in all, a decrease may last at the support level of $8.9.

The same situation is applied to Compound (COMP), in which the rate has risen only 0.83%. 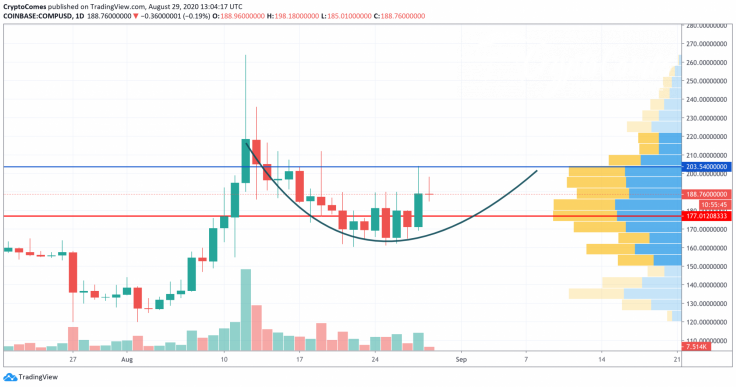 Compound (COMP) has successfully bounced off its support level at $170, confirming the presence of bulls. Furthermore, the liquidity is high above the mark and a rise is more likely than a drop. 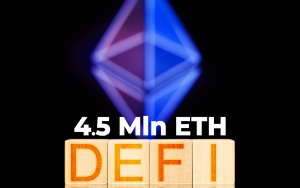 If the market remains in the positive-neutral zone, then the next target is around $200.