Facebook Twitter Telegram Copy URL
Which DeFi token among Aave (LEND), yearn.finance (YFI), and Algorand (ALGO) will enter the correction phase faster than the others? 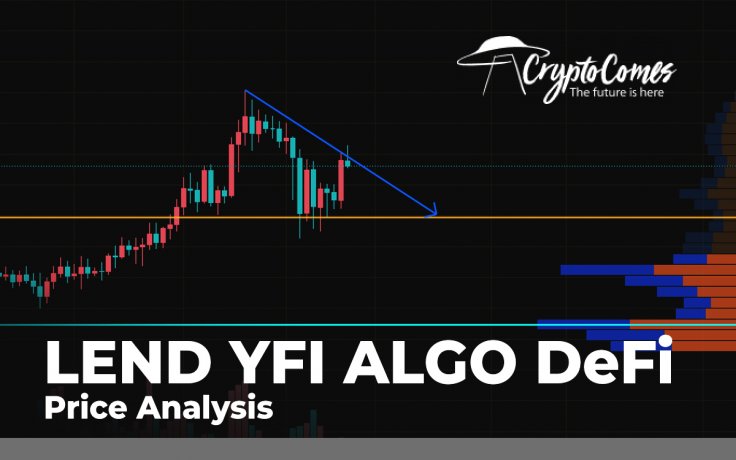 The cryptocurrency market has slightly shifted to green, as most of the Top 10 coins are under bearish influence. However, Bitcoin Cash (BCH) and Bitcoin SV (BSV) are exceptions to the rule as they are still in the red zone. 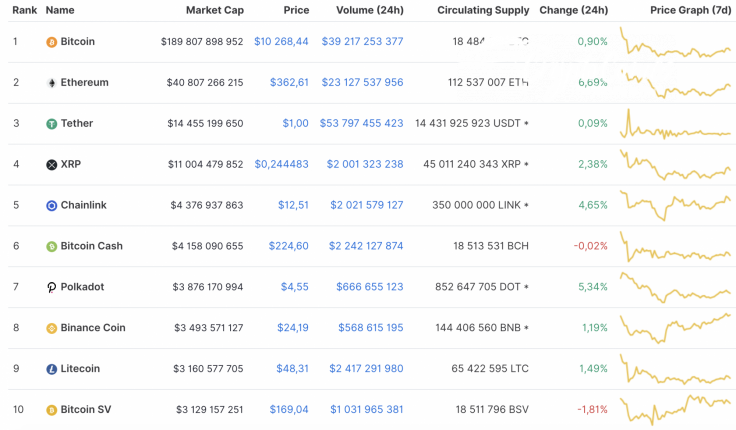 Aave (LEND) is one of the fastest growing coins today. The price of the DeFi token has rocketed by 23% just over the last 24 hours. 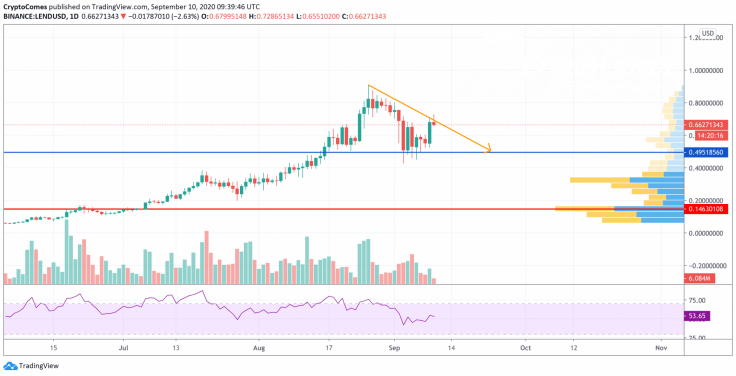 On the daily chart, Aave (LEND) is likely to face a correction after a failed attempt to fix above the $0.70 mark. The falling channel has not been broken, which made bears more powerful. In addition, the trading volume is declining, and the RSI indicator has formed a bearish divergence. All in all, sellers may get the rate of LEND to the nearest support at $0.4950, where buyers might show some resistance.

Yearn.finance is the biggest gainer on our list. The price of the most valuable DeFi token has increased by almost 30% since yesterday. 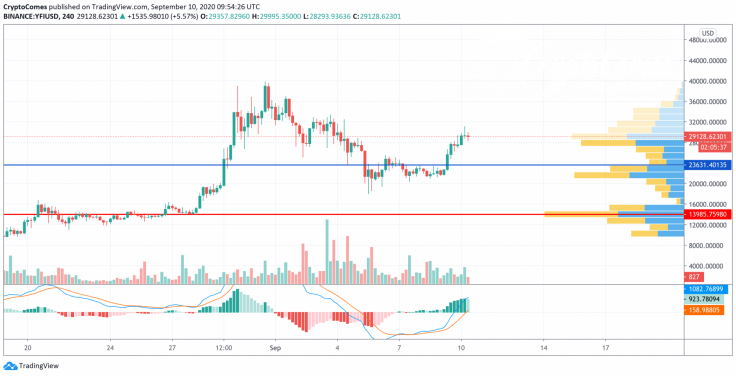 Yearn.finance (YFI) is also likely to face a correction soon. Buyers are losing their battle to keep the rate of the token at the current price as the trading volume keeps going down. 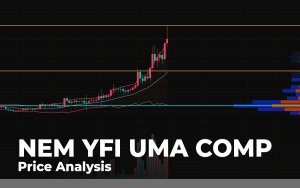 There is a high concentration of liquidity in the area below $25,000. Furthermore, the lines of the MACD indicator is about to change to red, which will confirm the bears' presence. In this case, the drop may last until sellers reach the support area at around $23,600.

The rate of Algorand (ALGO) has risen the least compared to other DeFi tokens on our list. It has grown 20% over the previous day. 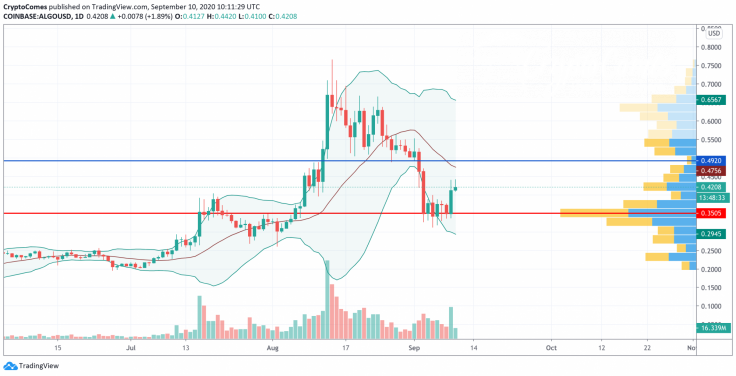 Algorand (ALGO) is not an exception to the rule, and a decline is the most likely scenario. Also, it is confirmed by the lines of the Bollinger Bands indicator that are moving downward. However, before the drop, the token might make a retest of the resistance at $0.4920. In case the price fixes above that mark, the bearish scenario will be cancelled.