The cryptocurrency market is not going to turn down this weekend. All of the Top 10 coins are located in the green, with the top gainer being Bitcoin SV (BSV), whose rate has increased by 10% since yesterday. 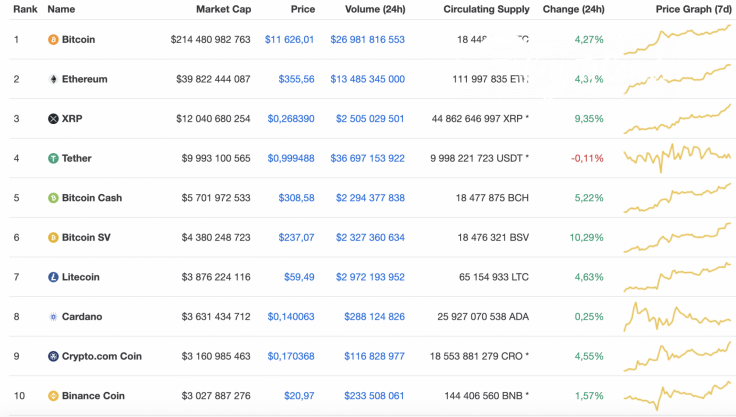 Bitcoin (BTC) has shown a significant price increase since last week. The chief cryptocurrency has added 21.29% to its value. It is about to close the weekly candle above the $11,000 mark for the first time in over a year. 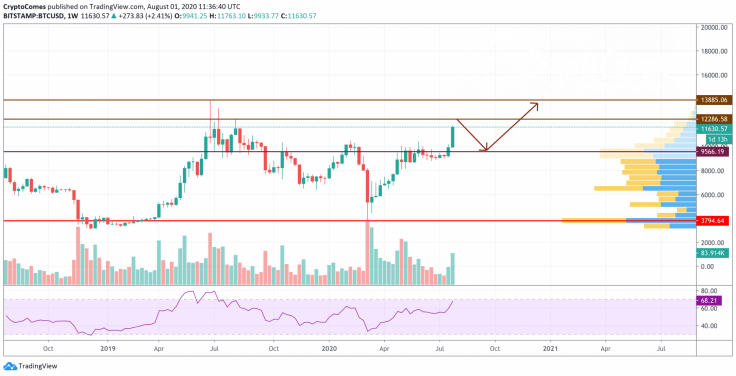 Looking at the weekly time frame, the rise is supported by the trading volume, which is a positive sign in terms of future growth. However, the Relative Strength Index (RSI) has almost approached the overbought zone, which means that a correction might await traders in the near future. 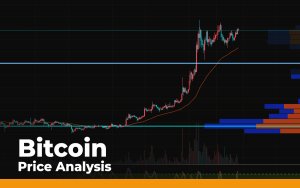 If that happens, then a decline may be towards the $9,500 region, where most of the liquidity is focused. After that, a further rise will continue to new peaks.

Out of the Top 3 coins, XRP has had the largest gains from the last 7 days. The third most popular crypto has increase by 29%, showing a larger rate of growth as compared to Bitcoin (BTC) and Ethereum (ETH). 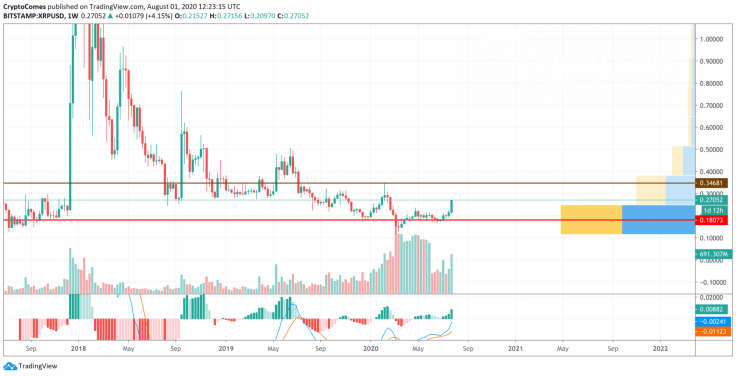 XRP has moved out the consolidation phase that started in March 2020. The trading volume is high, confirming the presence of buyers. The lines of the Moving Average Convergence/Divergence (MACD) are moving upwards. Even though a slight correction is possible, XRP is targeting $0.3468 for the long-term.

Bitcoin SV (BSV) has also maintained its growth with Bitcoin (BTC). The BCH fork has increased by 9% since yesterday and by 28% since last week. 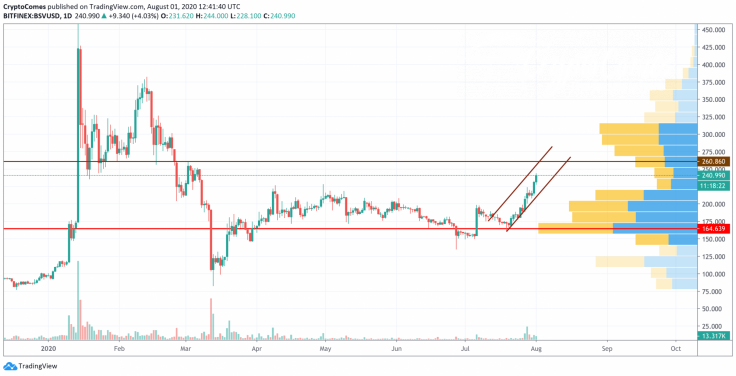 Bitcoin Cash (BCH) is trading within its rising channel since mid-July, and the growth is unlikely to stop. As the nearest resistance level, traders may consider the $260 mark where a potential correction may occur. However, it is supposed to be a short price drop, but not the start of another bearish cycle.

Stellar (XLM) has not shown signs of significant growth as compared to other altcoins. The price change of the coin has only increased by +2.68% in the last 7 days. 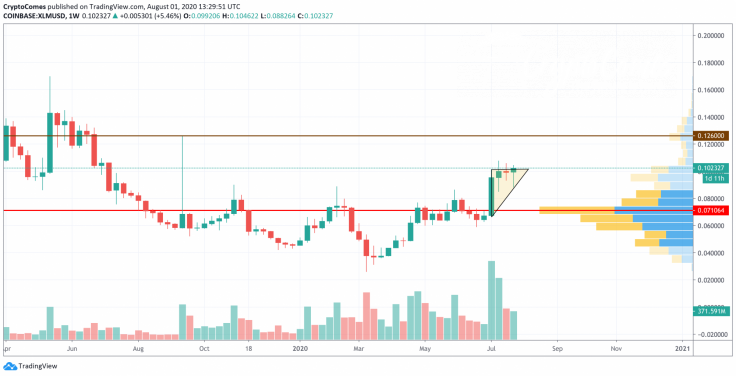 Although Stellar (XLM) has not increased that much, its growth potential remains relevant. The coin has formed a triangle pattern, which is a figure of continuous trend. The potential breakout that one may expect has already existed since the start of the week, as the trading volume usually goes down over the weekend. If the bulls manage to break the pattern, then the next target is the resistance level at $0.1260.

Zcash (ZEC) is trading in a similar manner to Bitcoin SV (BSV) as the anonymous coin has gone up by 25% since last week. 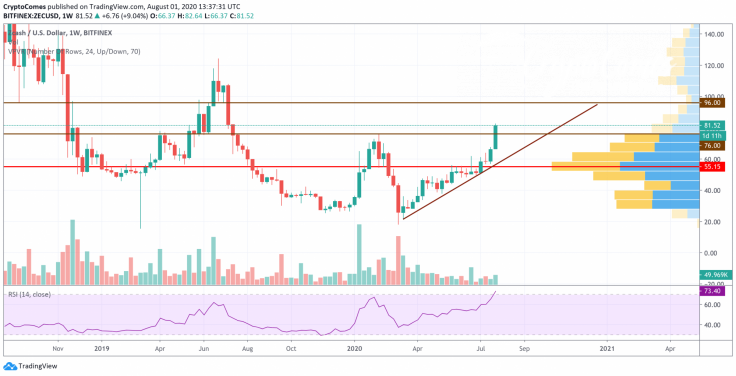 Looking at the weekly time frame, the coin has been bullish and there are no signs of a possible trend change. The only thing that may happen soon is a short decline to the $76 mark as ZEC is already overbought. However, the main aim for the bulls is push it to the $96 mark before a possible trend change occurs.