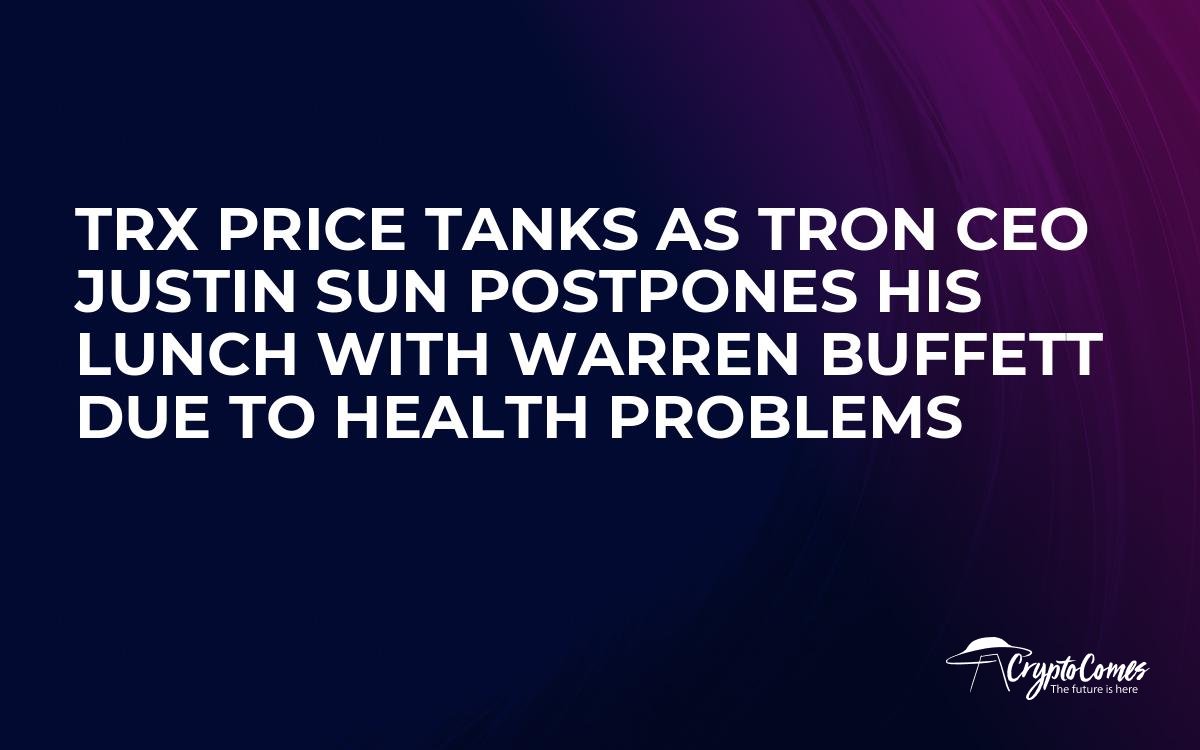 Tron Foundation has just shared some devastating news for TRX holders. Justin Sun, the CEO of Tron, has to reschedule his much-hyped lunch with billionaire Warren Buffett due to kidney stones. 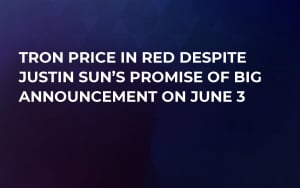 The most expensive steak

Warren Buffett's annual charity lunch for Glide Foundation was slated for July 25 in Silicon Valley instead of its traditional location in New York.

Sun forked out a record-breaking $4.57 mln for to have a steak with the Oracle of Omaha. This bid has attracted the worldwide coverage of Tron.

The forthcoming lunch is seen as an opportunity to persuade the avid crypto naysayer that cryptocurrencies are here to stay, which is why many industry influencers, including Litecoin founder Charlie Lee and Circle’s Jeremy Allaire, joined the party.

Notably, TRX is currently the worst-performing coin inside the CoinMarketCap top 50 with a 12.34 percent drop over the last 24 hours.

As the price chart below shows, this pullback was directly triggered by the Tron Foundation announcement. 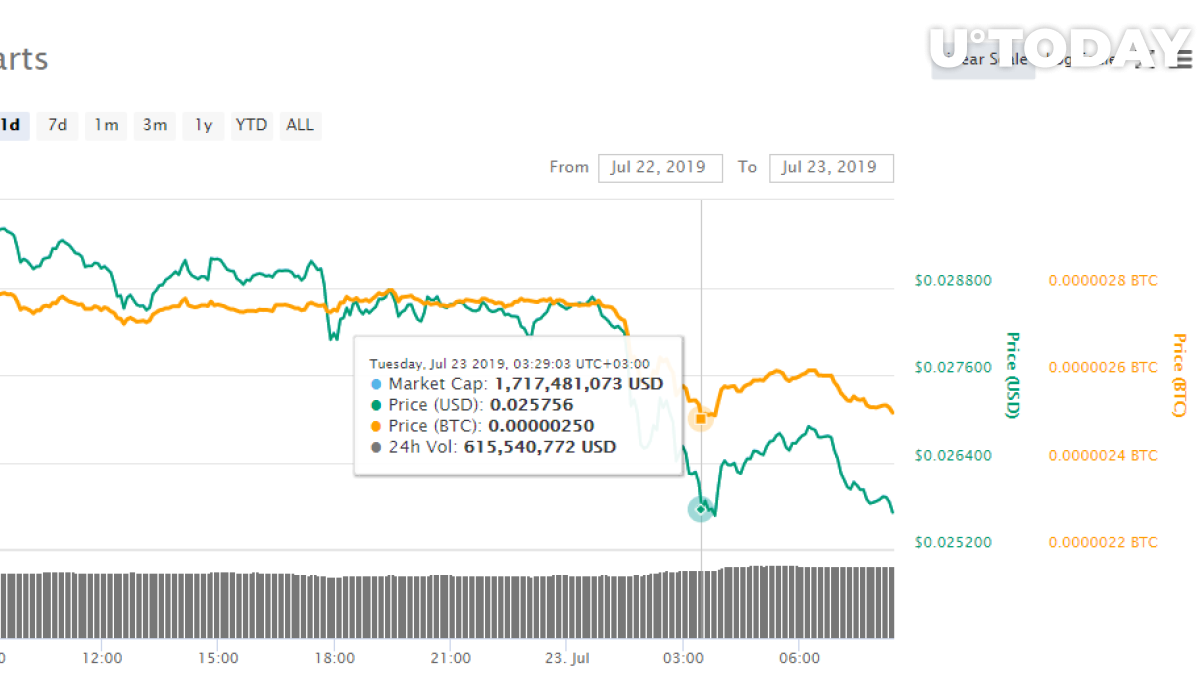 Judging how enthusiastically Sun promoted this lunch, it seemed like the future of Tron depended on it. Some users even suggest that the meeting might not happen at all, and this is just a cover-up.

What if Buffet cancelled his lunch and TRON CEO in damage control!