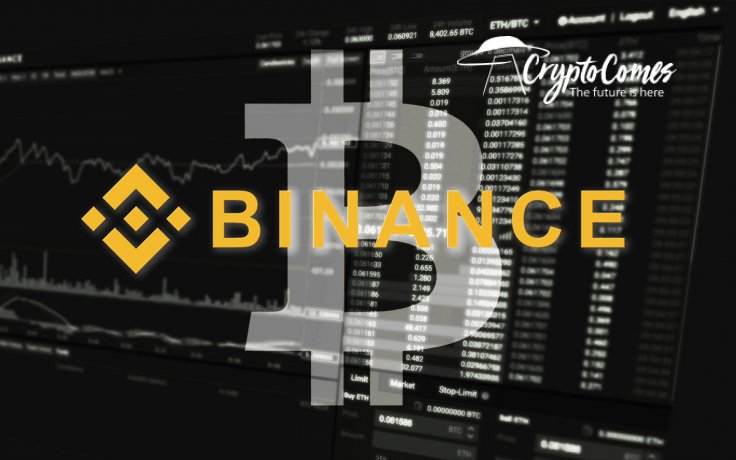 In its recent tweet, top-tier analytical firm Glassnode shared a record increase in open interest on the Bitcoin (BTC) futures market. A nine-digit inflow of liquidity over the past 48 hours has brought its total to $637 mln. 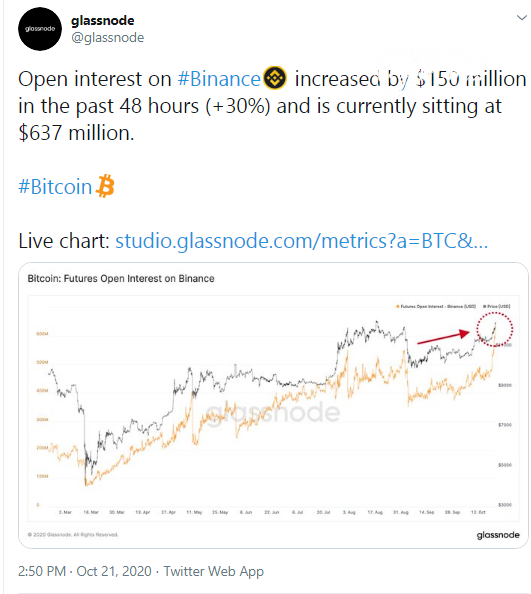 In the last two days prior to the Bitcoin (BTC) price upsurge, contracts traders injected almost $150,000,000 in liquidity to Binance Futures. As a result, open interest rapidly gained 30 percent for the first time.

The Binance leading cryptocurrencies trading ecosystem leverages starting euphoria to erase all losses it bore due to a regulatory attack on BitMEX.

As covered by CryptoComes previously, Binance and Gemini attracted a significant share of traders from BitMEX after the CFTC crackdown. However, their net balances lacked $130,000,000 in liquidity due to panic-driven withdrawals.

After the infamous CFTC announcement, the open interest indicator for Bitcoin (BTC) futures on Binance plummeted from $477 mln to $351 mln in two days.

Futures trading markets have not recovered yet from the CFTC attack on BitMEX. It should be noted that the American regulator sued the pioneering crypto contracts platform for offering illegal derivatives and money laundering.

Both the BitMEX CEO and CTO, Arthur Hayes and Samuel Reed, stepped down from their positions after accusations against them became public. Now BitMEX introduces strict KYC/AML checks to meet regulatory requirements.

As of Oct. 20, net open interest across all major platforms sat at around $2.4 bln. Thus, this crucial metric is down 24.1 percent from the local high registered on Aug. 18 at $2.98 bln. Meanwhile, open interest has recovered rapidly in the last three days.