Facebook Twitter Telegram Copy URL
Can altcoins get out of the correction phase faster than Bitcoin (BTC)? 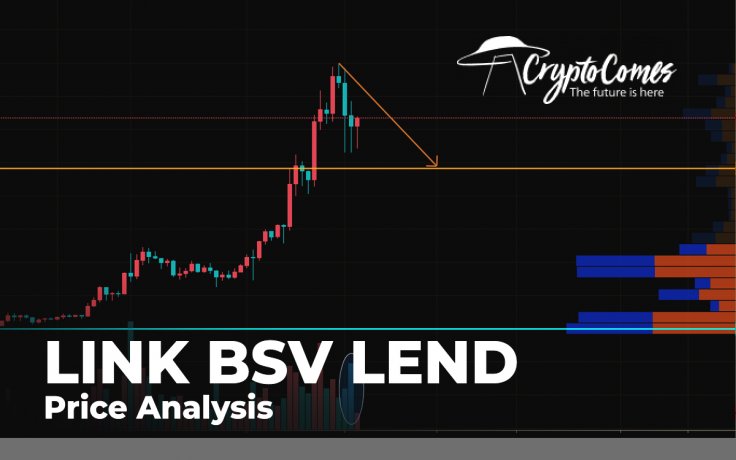 After attempts to continue the growth of the market, bears have seized the initiative as all Top 10 coins are in the red zone. If yesterday the main loser was Chainlink (LINK), today it is Bitcoin SV (BSV), whose rate has declined by 7.94%. 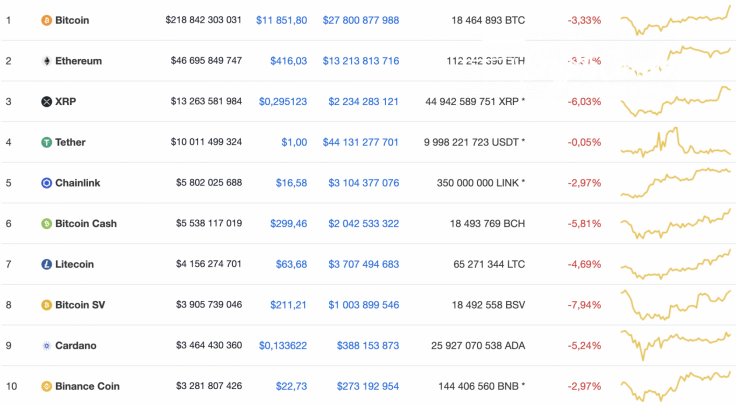 Chainlink (LINK) is not as bearish as yesterday; however, the altcoin is still located in the "short" zone. The price drop over the past 24 hours has been almost 3%. 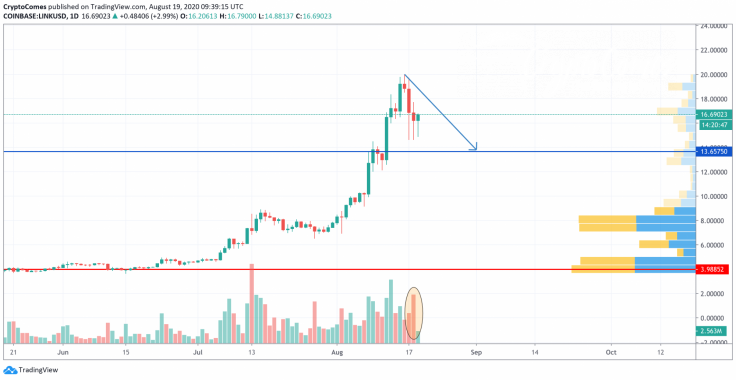 On the daily chart, Chainlink (LINK) is bearish after a failed attempt to reach the $20 mark. The liquidity level is low, which means that traders are not interested in purchasing the coin at the current prices.

👉 MUST READ Chainlink (LINK) Collapses 20 Percent in One Minute, but This New Binance Product Might Save the Day 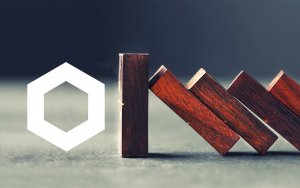 On the contrary, the trading volume is at a relatively high level. However, it is mostly dominated by bears. A decline to the support area of $13.65 is likely to occur.

Bitcoin SV (BSV) has faced a much more profound decline. The rate of the BCH's fork has decreased by almost 8% since yesterday, while the price change over the last week has accounted for +1.65%. 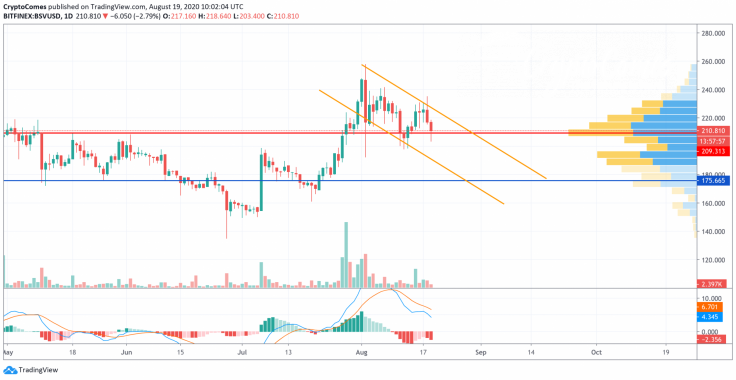 Bitcoin SV (BSV) has been trading within the falling channel since the beginning of August, and bulls have not shown any resistance so far. Despite the fact that the liquidity level is high, the trading volume is at its lowest position. What's more, the MACD indicator is in the red zone, which confirms the continued price drop of Bitcoin SV (BSV). The decline may last until the coin reaches the support level at $175. This may happen in September.

Aave (LEND) has also followed the bearish mood of the cryptocurrency market and turned red. The price of the popular DeFi token has gone down by 7.52%. 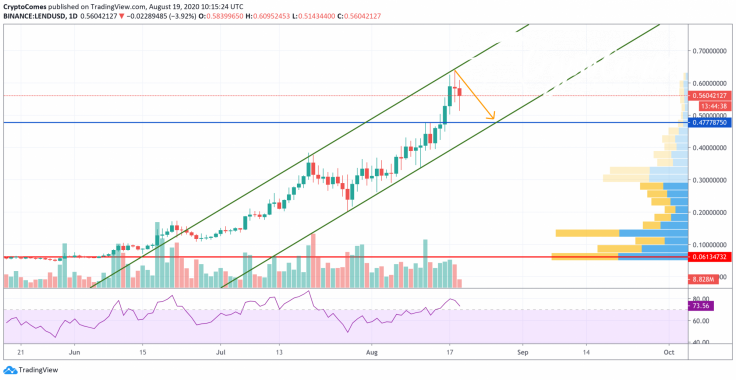 On the daily chart, Aave (LEND) has been located in the ascending channel since the start of summer. At the moment, bears have seized the short-term initiative. However, it is likely to be just a correction and not the start of a bearish trend. The divergence on the RSI indicator confirms the upcoming price drop, which may last until the coin attains the support at $0.4777.