Facebook Twitter Telegram Copy URL
Which altcoin out of the Top 10 can grow faster than the others? 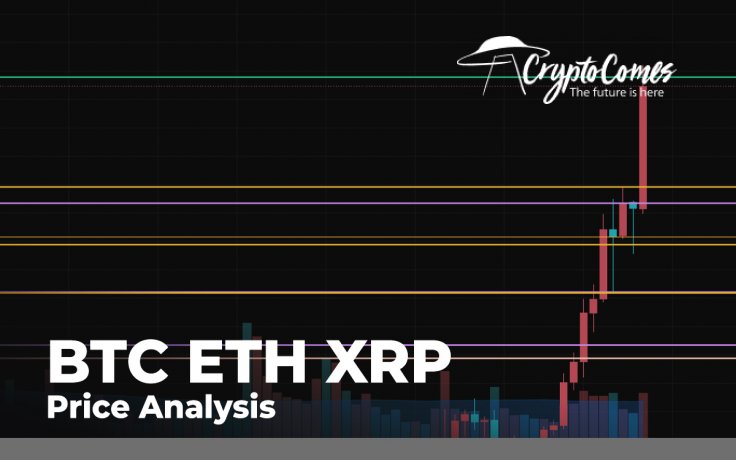 The year 2021 has begun with the continued sharp growth of the cryptocurrency market. Almost all coins from the Top 10 list are in the green zone, except for XRP whose rate has fallen by almost 20% over the last week. 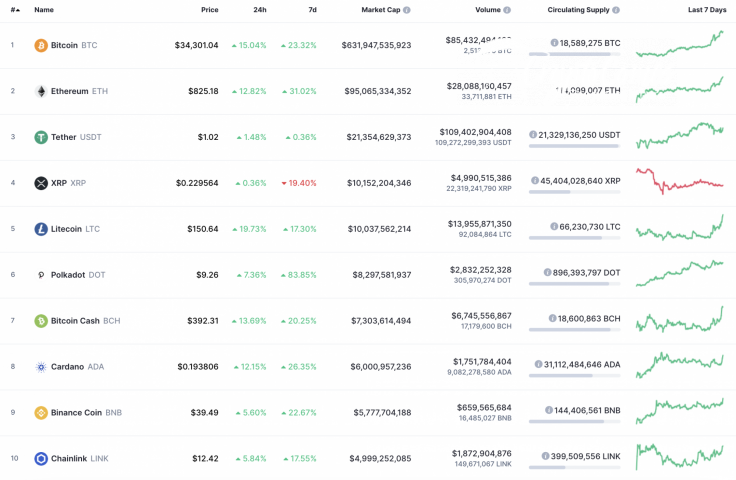 Ethereum (ETH) is the second fastest growing coin today. The rate of the main altcoin has risen by almost 13% over the last day.

On the weekly chart, Ethereum (ETH) has the potential to rise to the mirror level at $905. After that, there is a high chance of seeing a correction to the area around $600.

👉 MUST READ BTC, ETH and XRP Price Analysis for December 31 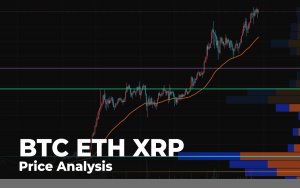 However, the expected decline is considered not a short-term drop but the start of a bearish trend.

XRP is the worst gainer today as the rate of the altcoin has increased by only 0.32% over the previous 24 hours.

From the technical point of view, XRP has entered short-term growth after a sharp drop. There is a high concentration of liquidity at the current levels, which means that buyers are accumulating power for a future rise. All in all, if bulls hold the $0.22 mark, the next stop is $0.33. It may be achieved by the end of the current month.

Chainlink (LINK) is no exception to the rule and has also begun long-term growth. Its price has increased by 6.20% since yesterday.

Even though Chainlink (LINK) has gone up significantly over the last day, it still has growth potential in the upcoming days. Such a statement is confirmed by the MACD indicator that has just entered the green zone. In addition, the buying trading volume is high enough for a price rise.

Bitcoin Cash (BCH) is the top gainer today as its rate has rocketed by 14.18% over the last day.

On the daily chart, Bitcoin Cash (BCH) might face a correction to the area around $370 before the growth continues. At the moment, bulls do not have enough power to keep the rise based on the low liquidity level.

Polkadot (DOT) has also demonstrated enormous growth recently. The price of the coin has risen by more than 80% over the last week.

Long-term growth remains the main scenario, however, the asset needs to face a correction to gain more power. The drop may last until the coin reaches the support at $7.82 where bulls may again seize the initiative.