Facebook Twitter Telegram Copy URL
Which altcoin out of Cardano (ADA), Litecoin (LTC) and EOS can show the same performance as Bitcoin (BTC)? 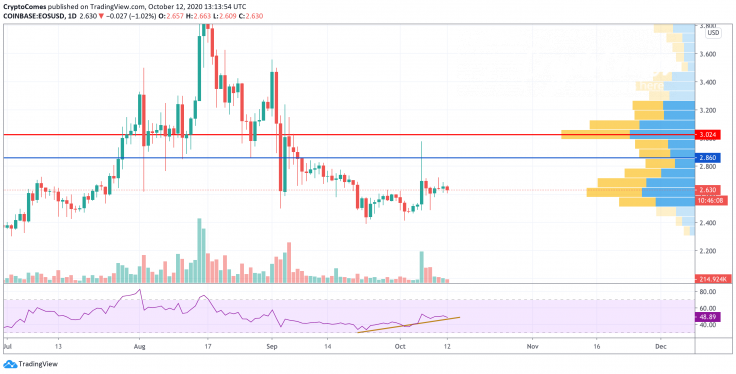 The situation is almost unchanged on the cryptocurrency market over the last day as neither bulls nor bears are dominating at the moment. Chainlink (LINK) is the main gainer out of the Top 10 coins, whose rate has increased by 4%. 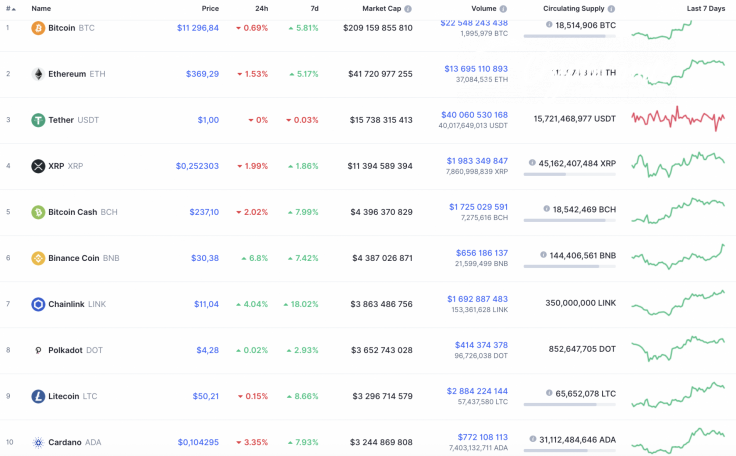 The vital data for EOS, Cardano (ADA) and Litecoin (LTC):

Even though EOS has gone down by 1.56% over the last day, its rate has risen by more than 5% over the previous 7 days. 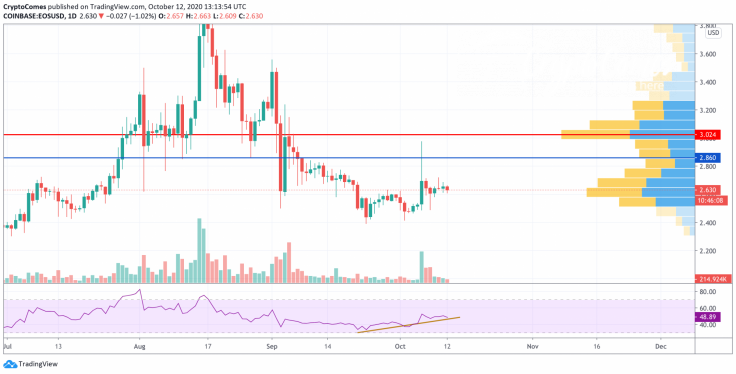 On the daily chart, EOS has consolidated in the area of a false breakout of the $2.86 mark. The short-term projection is bullish as the selling volume is going down and liquidity is high around $3.

👉 MUST READ BTC, ETH and XRP Price Analysis for October 12 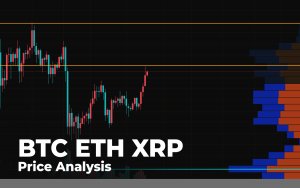 Thus, the RSI indicator has formed a bullish divergence that confirms upcoming growth. In this case, the previous level of $2.86 is likely to be retested shortly.

Cardano (ADA) has been more bearish than EOS since yesterday. The price of the altcoin has decreased by 3.35% although the short-term scenario is bullish. 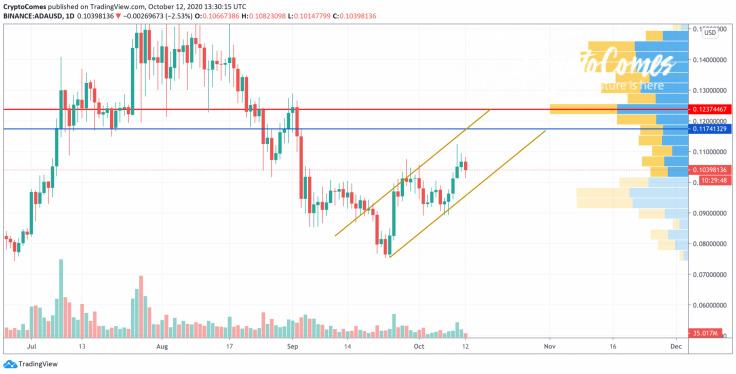 On the daily chart, Cardano (ADA) has been trading in the rising channel since the end of September. The ongoing price rise is supported by the high liquidity level above and a low selling trading volume, which means that bears are running out of power to push the rate deeper. That is why buyers can expect the retest of the resistance at $0.117 soon.

Litecoin (BTC) is the biggest gainer today as the rate of the "digital silver" has fallen by only 0.15% over the last 24 hours. 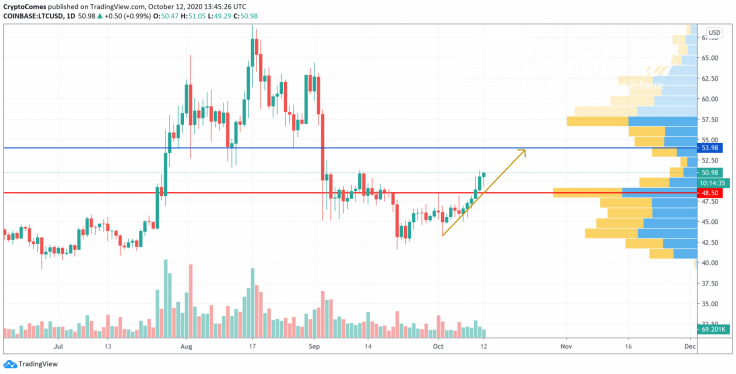 Litecoin (LTC) keeps trading in the ascending channel against the decreasing buying trading volume. The current price rise is a correction of the recent fall rather than a start of a new bull run as buyers lack the liquidity to push the rate higher. Likewise, the ongoing growth may continue to $54 where a false breakout may happen, followed by a further drop.