Facebook Twitter Telegram Copy URL
Which altcoin among Cardano (ADA), Litecoin (LTC) and EOS can keep up with the rise of Bitcoin (BTC)? 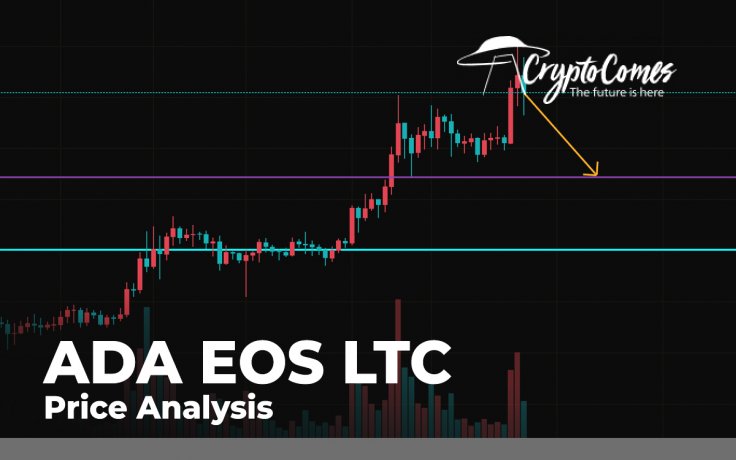 The bull run on the cryptocurrency market has continued. However, the growth has mainly applied to Bitcoin (BTC), Ethereum (ETH) and some other altcoins. Most of the coins have already entered the correction phase. 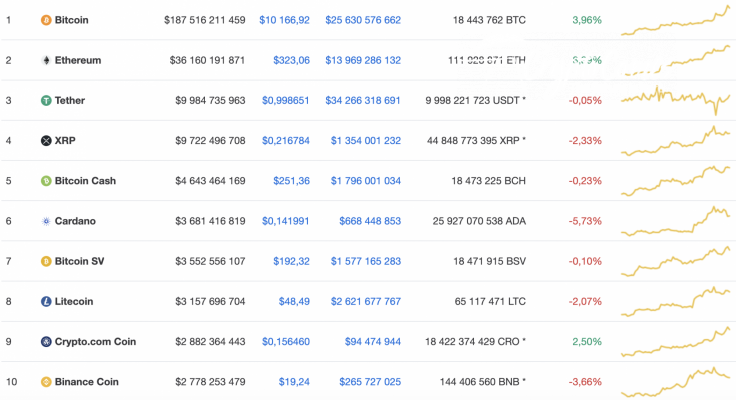 Below are the relevant statistics for Cardano (ADA), Litecoin (LTC) and EOS and how they are shaping up today:

If Cardano (ADA) was the biggest gainer previously, today it is the main loser on our list. The rate of the altcoin has decreased by 5.73% since yesterday. 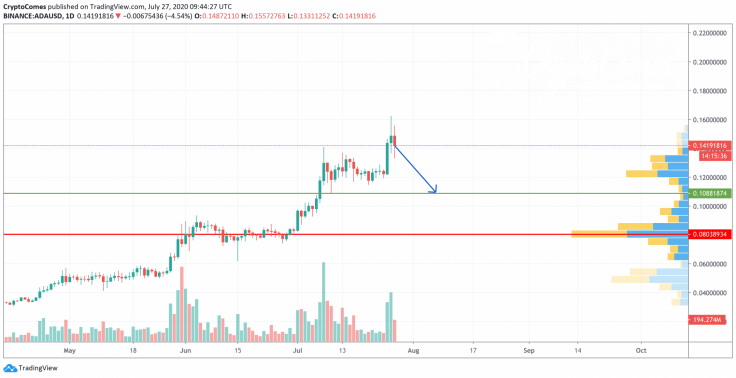 On the daily time frame, Cardano (ADA) is declining after setting a local peak at $0.1624. The correction may not be finished yet as the selling trading volume is still high. What's more, most of the altcoins, including Cardano (ADA), have not kept up with the sharp growth of Bitcoin (BTC). All in all, the ongoing price decrease may cease at the zone of buyers' interest at $0.10088.

Litecoin (LTC) is also in a downtrend over the past 24 hours; however, the overall picture remains bullish as the recent daily candle has confirmed buyers' presence. 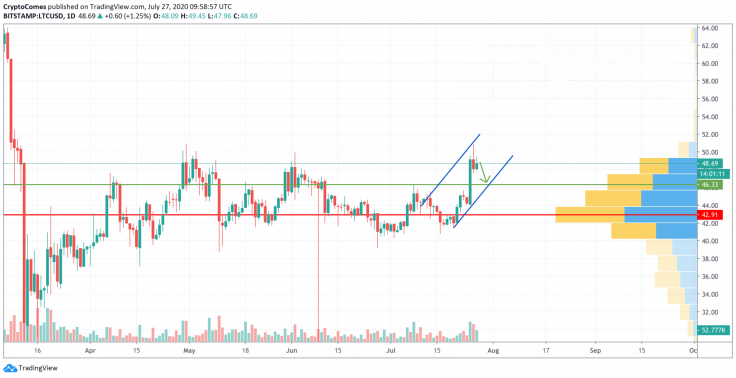 The "digital silver" is locating within the rising channel and the growth might continue as trading volume has significantly increased. The only factor that might be an obstacle for bulls to keep the rise going is a low liquidity level. This means that a more likely scenario is ongoing correction to the level of $46.33 by the end of the current month.

EOS has lost the least from its rate of the three coins on today's list. The decline has made up only 0.68% over the previous 24 hours. 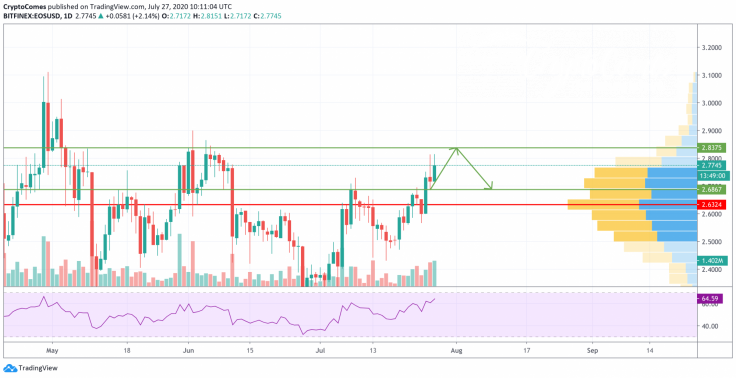 On the daily chart, EOS keeps growing. However, the rise is unlikely to continue for a long time as the RIS indicator is approaching the overbought zone. In this case, traders may expect EOS to make a false breakout at the $2.8375 mark, followed by a continued decline to the nearest support at $2.6867 by mid-August.