Facebook Twitter Telegram Copy URL
👉👾It has been a year since Tron launched its own MainNet, saying goodbye to Ethereum and ERC20 token standard💬👋 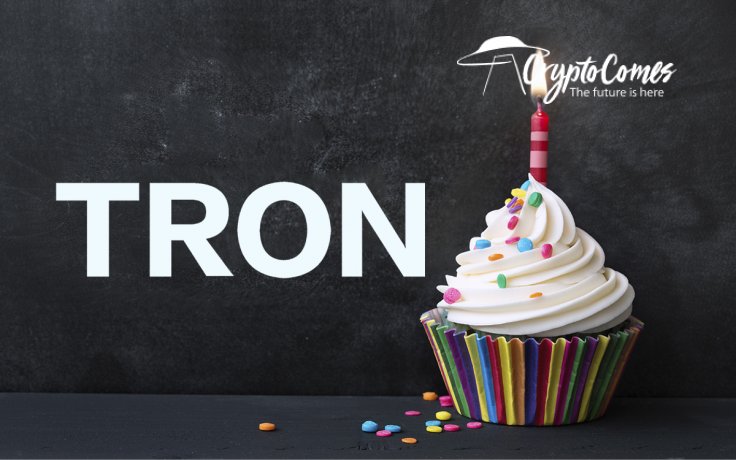 Last year, on June 25, Tron ensured its independence from father of the majority of crypto platforms – Ethereum – by launching its own MainNet and token migration on the newly built blockchain.

June 25, 2019, marks exactly a year since #TRON realized full independence. A year ago, TRON officially moved off #Ethereum and launched MainNet. TRON Protocol has been updated twice per month with a total of 22 updates. Check it out👇 #TRX $TRX https://t.co/UXnGypN4fz

Many things have been achieved by Tron and its CEO Justin Sun since then and many are still planned to happen. Details were shared in a Medium post.

Tron’s milestones over the 1 year of independence

During this year, Tron has two times updated its protocol, implementing about 22 updates. Tron has outperformed EOS and Ethereum by several parameters, including Github code commits, amount of transactions per second and dApps running on Tron, along with the most popular, as per DappRadar.

By now, Tron’s daily volume of transactions totals around $20 mln on average with a peak $100 mln that has been registered.

During the independence year, Tron has partnered with over 110 crypto exchanges that listed TRX. The biggest partnership in this respect is Binance.

Apart from this, Binance and Tron have conducted several projects together, including charity fund transfers to the victims of the floods in Japan last year and the IEO of BTT – in summer last year Tron Foundation acquired BitTorrent and launched BTT coin, which is currently in the top 35 on CoinMarketCap.

All the aforementioned milestones achieved by Tron have got TRX into the top-ten coins’ list on CoinMarketCap. However, since the start of 2019 until a few days ago, the coin was out of it, residing on place 12.

The price of TRX has not been rising much despite all the progress that the platform has been making and many investors in the community rebuke Sun that TRX will forever cost almost nothing.

However, for Justin Sun this is not the major goal, he said in a recent interview to CNBC, as the market price only the bottom side of the business.