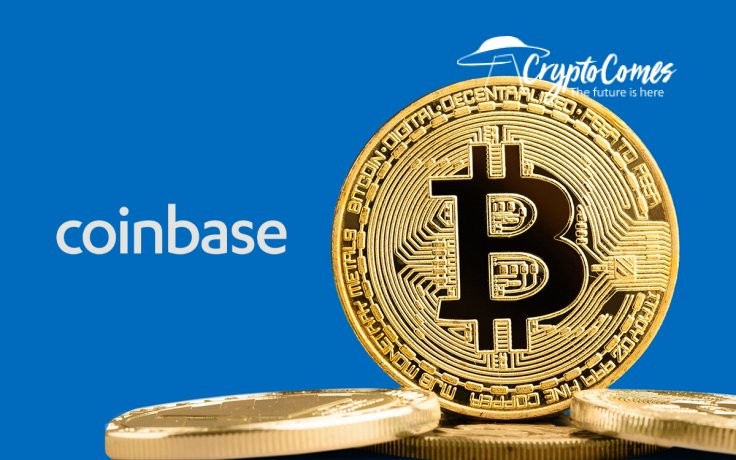 On-chain analysts suspect another series of institution-driven purchases as Coinbase Pro funds are transferred to cold wallets aggressively. More than 25,000 Bitcoins (BTC) left the top-tier exchange in a few hours. 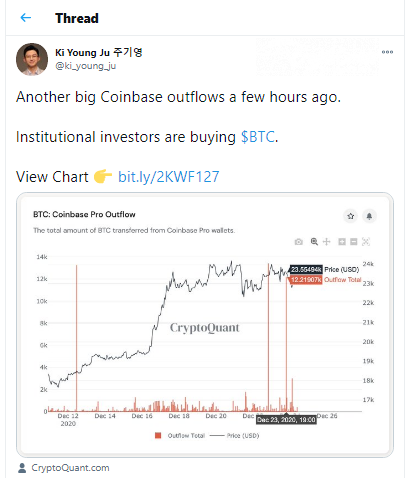 These transfers followed several hours after 13,000+ BTC transactions were spotted by analysts on Dec. 22. Both transfers were registered when the Bitcoin (BTC) price was over $23,500; thus, an equivalent of almost $590 million was moved by crypto whales.

Mr. Ki Young Ju noticed an interesting feature of these transfers. Most likely, Bitcoins (BTC) are going into cold storage:

As I said, it went to custody-lookalike wallets. It seems that Coinbase makes a new cold wallet for each customer after the OTC deal for institutions.

Through "over-the-counter" deals, large-scale customers are obtaining Bitcoins (BTC), leaving the price of the king coin unaffected. In this way, institutions increase their Bitcoin (BTC) exposure in a comfortable and quiet way.

According to updated statistics, 28 public entities (with stocks avaliable on exchanges or OTC platforms) accumulated 1,151,618 Bitcoins (BTC), or 5.48 percent of its net supply. In actual prices, corporations hold $26 billion in Bitcoin (BTC).

Due to developing Bitcoin (BTC) FOMO and a price spike, corporate Bitcoin (BTC) holders have seen their position value increase by an average of 37 percent.